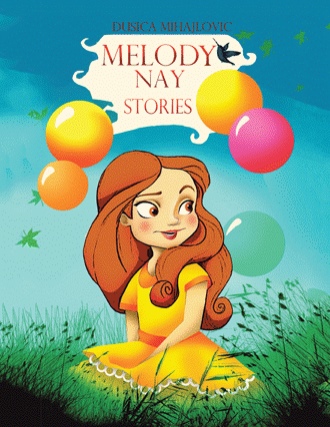 The twinkling stars were waiting impatiently for their bedtime story. After she had settled herself comfortably in her bed, fascinated by its glittering colors and beautiful drawings, Melody immersed herself in a book of incredible adventures.

Slowly leafing through the pages, she would cast an occasional smile at the twinkling stars. Suddenly, the book slipped out of Melody’s hands. The pages started performing millions of dances and stopped at number 99. It was as if the book itself had chosen a story. Little Melody’s eyes were filled with astonishment. Absolutely amazed, she started reading the story as fast as she could. She was burning with curiosity. “A flying wand?” she asked herself quietly. “What could have sparked such magic?” she thought. She read line after line, faster and faster, immersing herself more and more in the course of the story. “Incredible!” she exclaimed out loud this time.

“The flying wand was impossible to catch. Everyone’s attempt would result in failure because it was not an ordinary flying wand. It looked shabby. But, almost no one knew that if somebody managed to catch it, something magnificent would happen,” the story said.

Suddenly, Melody heard someone or something from the book calling her. She didn’t exactly understand what was going on. She traveled through a secret, colorful tunnel until she got to a place where the magic wand lived. Melody was now a part of the story! She was a part of the book she was reading and everything around her looked exactly like in the story.

Although she couldn’t believe it, she would occasionally smile, but also doubt the truthfulness of what was happening.

Now that she was a part of the book, she was surrounded by snowflakes shining like diamonds. There were so many of them that they lit up the whole forest. Still astonished by the course of events she looked around in order to call for help.

Suddenly, it was as if something had touched her head. She turned around quickly and there it was. That same flying wand was hanging above her head. Little Melody started running through the thick forest leaving behind deep tracks in the snow. She was breathing heavily while the images of the warm little bed she had been dragged from went through her mind.

She heard laughter. She was slowing down until she found herself face to face with the flying wand. “If you catch me, we’ll become friends,” the wand said. “How did I get here?” Melody asked, “And why would I want you to be my friend?” “I’m very lonely here. I wanted a true little friend who would teach me how to play and be happy,” the wand answered. Melody gave him a disarming, gentle look. “All right,” she answered.

The chase after the flying wand started. She was first turning left, then right; she was jumping over various small branches and bushes covered with snow. They were teasing and calling each other, and hiding in different secret places. At times, they would sit opposite each other, make jokes and laugh out loud. The race was neither a naive nor an easy one. They were so playful that, in all that mischief, the snowflakes scattered above their heads. It was wonderful. They forgot about everything. She could not even imagine that the flying wand actually looked like a small child. Melody then hid behind a tree in order to confuse it. Out of great curiosity, the wand peeked to the side where Melody had just jumped. Finally! She caught it! They laughed and rolled in the snow.

”Thank you Melody, I can’t remember the last time I was this happy,” the wand said. “Now that I know the secret of friendship, I can share hugs, smiles and musical notes.”

It was a new day in Melody Nay’s home. The doorbell rang. After Mum had opened the door, she stood amazed in front of a small parcel at the stairs. It was a small, simple wand with a pink bow. Mum’s astonishment was interrupted by Melody who marched proudly into her room after she had picked up the wand from the porch with a big smile on her face.

Set off to a beautiful journey through the land of magic, laughter, and love with Melody Nay! Along with her three best friends, she will take you on an adventure that will take your breath away and entice your smile.

As an English language teacher, Dusica Mihajlovic has spent a lot of time discovering the magical world of children. The beauty of children's minds inspired her to write this book and engage in charity work. She now lives and works in Dubai.