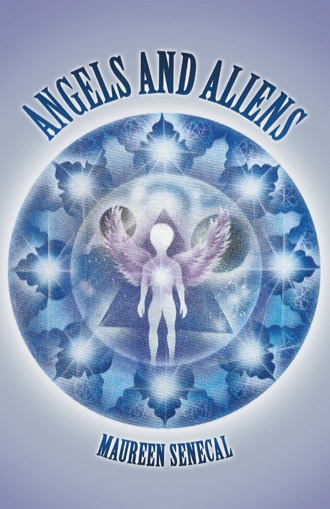 Laura woke up screaming, tormented by vivid visions of being attacked once again. They wanted to discipline her – control her every action, her life. But why, she wondered? Why? Why were they here? She sat alone, in the dark, in her bedroom. Again she heard the same frightful voices, as the walls seemed to close in. They surrounded her, these voices from the past, her past. She was alone, desperately alone. She called to Deer Runner, her spirit guide. He came to Laura soon after she had completed her four-day vision quest at Blue Light River Lodge in northern Ontario. She had had no food or water during this time and thought she had imagined him, but Red Sky had told her Deer Runner would always be there for her. Red Sky, the medicine man, had bestowed her with the Ojibwa name … …..She sighed in exasperation! Here she was a spiritual woman feeling torn between the two worlds. Why could she not feel her power, the drumbeat of her heart? Where was her strength? She cried. …….."Focus on each part of your body, from your stubby toes to the crown of your head. Relax… just relax… just relax…" she cried and whimpered over and over as salty tears cascaded down her swollen cheeks. Then, as quickly as these elongated figures in shimmering forms appeared, they vanished. One foot dangled gently on the knotted pile carpet beside her dishevelled bed. She dragged the other foot down and pulled her limp body up. Balancing against the bedpost, she folded her arms tightly and hugged herself. Moist tears caressed her face. If only these nightmares would stop. She was alone. She felt like a trapped deer with headlights shining on her. Or maybe she was the lonely wolf on a dark night, hungry and crying for freedom, howling at the moon. Was she the deer or the wolf? Was she ready to attack her prey, her demons? Could she? Or would it be best to stay frozen? Shivers ran down her spine. Her body felt cracked and spineless. She had once more given into her spiralling fears. It had been another tense night. One more vivid and terrifying dream after another, and each one getting worse. Her flannel pyjamas clung to her like wet leaves to a tree. She whimpered desperately for help. "If only someone heard," she whispered. Where are you Deer Runner when I call for you?

Chap. 6 Michael picked up Modesto’s walking cane and went to hand it to him. Modesto, with a twinkle in his eye, handed it to Michael. “It’s okay, Michael. You can breathe. It is yours.” Michael clasped the cane and felt its warmth. As he held the magical walking stick, he heard the rustle of the leaves as the wind picked up. The sound of the wood, as he tapped the cane against the paving stone, seemed to sing to him. The wind and birds were chirping for him alone. Michael looked intensely at Modesto, then at the wild olive wood cane. He was speechless. He looked attentively at the walking stick. Detailed carvings depicting different spiritual symbols were engraved on the tempered wood. Michael rubbed his hand along the Christian and Celtic crosses. There were many symbols he didn't recognize. As he continued perusing the cane, he saw an elongated figure. He didn’t know what to make of it and asked Modesto the meaning of the shapes of these beings. “They are beings from other planets,” he replied. “In time, you will soon recognize their meaning.” Michael was speechless…. Michael hadn't thought of Modesto since the walk on the Camino de Santiago, a few months earlier. He pulled the cane from his closet and once more felt its warmth. What were these symbols saying to him now? He held the cane up close to his face and reverently traced the symbols with his fingers. What did they represent? Was he ready to decipher them? Reflecting on his walk with Modesto, while sitting down on the sofa, he contemplated life. There were so many changes happening, not only in the world, but major significant changes in his career, and in his personal life.

Chap. 18 Laura told Michael about the ship and the entities that came to her from the beyond, the galactic as the Council described it. The entities told her they were planning to bring destruction and vibrational shifts to the planet Earth, annihilation to accelerate change. She remembered that her son was one of those entities onboard the ship. He was a scientist. This was one of his lives. She remembered the entities saying Earth would be destroyed completely unless negativity died on the planet. They would bring destruction and death. They told her she must find the light, the portals to other dimensions to be truly safe. Those people in this new world had found the portals. They were the safe ones. Michael digested this new information. It connected with him, this pole shift that Council explained to him. Now he knew that the shadow government had caused the negative energy, those in control who would stop at nothing until they were annihilated. Gabriel faced Michael and said, “Good is often disguised as Evil, but it goes on being the Good, and is part of the plan that the Creator created for humanity. Good versus evil, light versus dark. You cannot see the good, unless you have experienced the evil, similarly, you cannot recognize the light unless you have seen the dark. Light is the absence of darkness. Think of the Creator and Satan. Satan has been the most hated being on Earth. Imagine his choosing this role in life so that you can experience what goodness, the Creator, is all about. Evil, is only the absence of the Light. We all choose our lives to experience lessons, to learn what Love is all about, to grow in the Light, in Love.

Join Laura, Michael and Isabelle on their metaphysical experience into other dimensions as they discover who they really are. Laura learns the truth about the angels and aliens whom she feared as a child. Her path, her destiny, entwines with Michael, her soul mate, as she discovers reincarnations they shared together. Learn about possible catastrophes coming about for planet Earth. Laura has been given a mission to fulfill by the entities. Will she follow their directive?

Become transported with this fictional journey as you read about angels and aliens, past lives, reincarnation, parallel universes and more.

Laura is on a steep learning path while Michael is searching for his one true love. Is Isabelle, their teacher from a parallel universe, able to assist them to find their own reality, their own truth?

Maureen Senecal, B.A., B.Ed. is a retired Yukon teacher. She is a Reiki master, certified in N.L.P. and hypnosis. She has hiked the Chilkoot Trail and Camino de Santiago. In Brazil, her life was given new meaning after experiencing ‘John of God’. She travels extensively and resides in Whitehorse, Yukon.