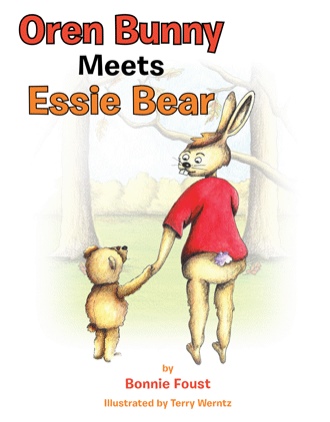 “I am so mad!” shouted little Oren Bunny. “I could hit you, or break one of your toys!”He was shouting at his little brother. Oren had spent most of the morning building a castle with his special castle building blocks. Oren had left the room to get his mom. “Come see what I made,” he excitedly announced to her. He wanted her to see his amazing castle. As soon as he entered the room he realized the castle had been destroyed and his little brother was sitting on the pile of blocks. I hate you!” he screamed, as he stomped his hind foot. “Oren, that is quite enough! You are not being a nice brother,” his mother said as she looked at him with her arms crossed. “You apologize right now to your little brother. “What? He should apologize to me!” he bellowed. “Your little brother doesn’t know any better, but you do! You go to your room until you can get yourself under control. Now, young bunny!” said his mother through clenched teeth. By this time little Brother Bunny was crying because of all the yelling. Mother Bunny picked him up. She cuddled him and cooed to him. “Agh!” said Oren as he turned and stomped his way to his room. He closed the door with a bang! “That’ll show her,” he muttered to himself. The mad was so strong in him he didn’t know what to do. He just stood there with his arms tight and straight and his hands in fists. His face was tight too. His lips were pressed hard together and his forehead was wrinkled. Boy was he mad!

Oren Bunny, like many children, is having a very difficult time dealing with his anger. This has gotten him into a lot of trouble with his parents, especially when he yells at his little brother. When Oren meets Essie Francis Thayer Bear in his dream, she helps him work through the “mad” that is inside of him using a simple technique called EFT. Essie loves to help children handle their emotions. She can help you too! EssieBear.com