I Know Who these People Were 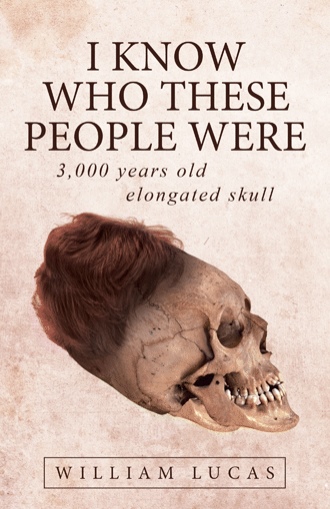 Introduction A Reason for Being

Many years ago in the late 1950s, I recalled reading The Story of Civilization, by the historian Will Durant; even at that time, he mentioned how historians and academia were still puzzled at the sudden civilization of mankind. They said it appeared to have happened overnight. Fifty plus years later, they are still puzzled over how we came to be civilized. To you, the reader, this may sound incredible, but I have discovered the true history of our ancient ancestors. My discovery has come after 15 years of studying a 2,097 page book called The Urantia Book, and from searching through the works of writers like William Bramley (The Gods of Eden), Jim Marrs (Ruled by Secrecy), Graham Hancock (Fingerprints of the God), Erich Von Daniken (Chariots Of the Gods) and many more.

What has also helped me a great deal are the amazing episodes of The History Channel's "Ancient Aliens." I have watched many episodes. Consequently, I can now tell you who were the beings called sons of God in Genesis 6:4 that gave children to the daughters of men and where they were from: “There were giants in the earth in those days; and also after that, when the sons of God came unto the daughters of men, and they bare children to them, the same became mighty men which were of old, men of renown.” Because these beings were called sons of God, which tells us they were from higher worlds: extraterrestrials. But how could sons of God give children to the daughters of men? They did it with a little genetic engineering and I'll explore this in details in future chapters. Today geneticists all over the world are discovering mysterious genes in red headed elongated skulls they can’t account for; in this book you’ll learn who the people with the mysterious genes were.

Every day, we hear about UFO sightings. Many writers are creating works about extraterrestrials and there are several TV programs such as The History Channel's "Ancient Aliens," that are bringing this subject to life. The Sumerians the History Channel talks about called the sons of God of Genesis 6:4 “Anunnaki.” They came to our planet to help civilize the tribes of ancient times. This was the Sumerians understanding of the sons of God after thousands upon thousands of years of distortion about their true identity. I’ll talk about this more in later chapters.

What we do know is that something is going on and our government seems to be determined to hide the facts. Some believe the government is hiding the facts because they are afraid that if this knowledge was revealed, people around the world would panic. But the world has known about extraterrestrials before 1947 and the Roswell incident, such as the extraterrestrials of ancient times, like the Sumerians and their Anunnaki. This should tell us that there is clearly another reason they are keeping it a secret, and if we look close enough, we will see that the power elite is behind it, just as they are behind everything else. Throughout the years, the power elite had been under the impression they were the most powerful beings in the universe. Now, with all that appears to be going on, they are nothing but babies. They don't want to lose their power and prestige. However, they have come to realize that if everyone understands that there are much more powerful beings in the universe than man, it will bust their bubble. This knowledge will tell the world the destiny of humankind is in the hands of much more advanced beings, and that includes a Superior Being.

The power elite have been trying for centuries to establish a New World Order under their control; they already control the world's economy. But their greed for power and wealth is beyond most people’s understanding; what does one person need with a billion dollars? If we are gifted in a certain way, it's our duty to share with others. Sadly, they don't realize that to accumulate that amount of money just to keep it to yourself is distortion of nature's energy, and one day, they will have to answer for that in this or another dimension. This is serious stuff and people try to downplay it, but because of their ignorance, they will suffer immensely in this or another dimension; they did it to themselves. It is not God's doing.

Matthew 22:12-13, of the Bible, a parable where Jesus explain a person going to a wedding without a wedding garment, and the king order him bind and cast into outer darkness: “Where there shall be weeping and gnashing of teeth.” The wedding garment is the beautiful human aura or more precisely the good energy one has created around them throughout the years. If the person haven’t created good energy which is their wedding garment, and has nothing but negative energy, they are cast into outer darkness, (lower dimension.) This dimension is extremely horrible. They won’t be able to rise above this dimension until all the negative energy is dissipated, which will take many years. Many people have experienced this dimension in their near death experiences (NDE). Some people ignore the mandate: “You shall reap what you sow.” I pray that God will have mercy on them, when they reach that dimension, they’ll need it. This is the real state of hell that has been distorted throughout the years. 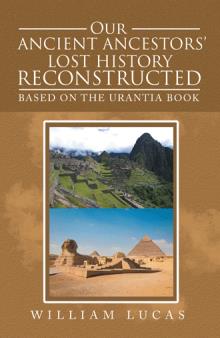 Elongated skulls have been discovered all over the world. The Urantia Book states Adam and Eve’s descendants had elongated heads, and so did the Nodites, people of the land of Nod, descendants of the Nephilim and they were the sons of God of Genesis 6:4 where sons of God had children by the daughters of men. Adam and Eve were not the first two people on earth, see Genesis 4:8-17. Forty elongated skulls some with red hair still intact was found in Lovelock, Nevada inside a cave and they were believe to be seven to eight feet tall; also 3,000 years old elongated skulls with red hair still intact were discovered in Nazca Peru─more proof that Adam and Eve’s descendants traveled all over the world─in an effort to spread their genes. When geneticist analyzed the genes of the elongated skulls, they found the genes contain genetic material unknown in any human, primate, or animal.

Adam and Eve came to our planet as biological up-lifters. Bodies were made for them when they arrived on our planet by beings from a higher universe called Avalon (a universe neighbor to our universe). These beings were called Avalon surgeons. They took plasma from the more advanced tribes of our planet and with some type of genetic engineering created bodies made of the dust of the ground (chemical of the earth) that were much more advanced than the humans of that time. Adam and Eve incarnated into those bodies and the spirit of God breathed the breath of life into those forms and they became living beings. Our ancient ancestors didn’t know about genetic engineering and such, so they said God did it. To them those advanced beings were gods. People of our planet need to wake-up and stop thinking about material things all the time and begin thinking about the spiritual world, which we linger far behind in our understanding.

William Lucas is over seventy years old and has been searching for the truth about life for his entire adult life. Finally, rewarded for his efforts, he depicts in I Know Who These People Were what he has discovered about humanity’s lost ancient ancestry—an amazing history. I Know Who These People Were is the result of his labor and a yearning to share these stories.