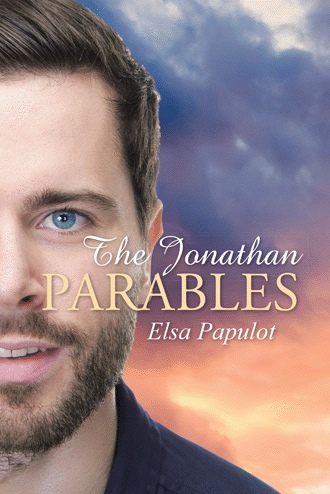 His journey will be long and arduous. He will learn much, and make great strides for about five years. But his wounds are many. He has the spirit of Elijah upon him, which means he also has adversaries in the spirit realm. As he comes nearer to his calling, he will attract demons, dormant complexes, and bitter enemies of the spirit. Jonathan will receive words of knowledge from the Holy Spirit and he will bind demons in my name as a result of these words of knowledge. This will bring counter attacks from The Enemy. Satan knows Jonathan’s weakness. The Evil One is aware of the pain Jonathan has suffered. He is aware of the hatred that bred and multiplied in Jonathan’s childhood. The devil realizes the extent of Jonathan’s suffering brought on by his mother’s hatred. She hated his father and she hated her son, who was the carbon copy of the man she married but who couldn’t heal her wounds, or his own. She beat her husband’s treasure with any object inside arm’s length when the child was disobedient or made mistakes. The devil fueled her hatred each and every time she raised a hand against the child who received without effort the love she desired from her husband. And the demons fostered and nurtured Jonathan’s insecurity and feeling of unworthiness every time his mother assaulted him verbally, every time she ridiculed him in the presence of other adults. And the adversaries continued to whisper lies after Abby and the abortion. And, of course, The Accuser convinced Jonathan it was his fault that an unborn child’s life was terminated. And the demons latched on to Jonathan’s pain when Elizabeth, though she loved Jonathan, chose financial and emotional stability over his instability and emotional insecurity. And Jonathan’s need for love, combined with his feeling of unworthiness, will come to an unmanageable despair when Jonathan loses Katherine, and all of his worldly wealth. So when Jonathan makes strides toward coming into his ministry on earth, The Enemy will send the eternal adversary of Elijah; the one evil spirit able to caress Jonathan’s weakness into an uncontrollable lust. While Jonathan participates in the work of the Holy Spirit within the church, The Adversary will send the spirit of Jezebel, whose purpose is to destroy the true prophets of God. Jonathan is a man of great sensitivity. He is not ashamed of his vulnerability and certain women find that very attractive. The women in his prayer group will find him appealing and they will wonder why a man so compassionate and gentle has not yet found a wife. And Jezebel will show herself to him in the form of a beautiful, wounded, married woman. This woman will see everything her unbelieving husband is not in the person of Jonathan. Jezebel will spur this beautiful woman to entice Jonathan through flattery at first. Then, the woman will share with Jonathan the guilt she feels because of her past infidelity to her husband. And the seed will be planted. Jonathan will fight against the impure thoughts each time she comes to church in her provocative skirts. He will begin to slip when he sees her breasts as she bends over in front of him to pick up her purse. He will become a willing participant in sin as she begins to share with Jonathan the sexual difficulties she and her husband are having. She will explain why she is no longer sexually attracted to her husband because he is a non-believer. She will actually share details of the marriage bed with Jonathan, all in the guise of needing prayer for her failing marriage. And Jonathan, completely enthralled by the snare, will have sex with the woman. And two more Christians, who desire freedom from bondage, will succumb to the temptation of the flesh. The woman - unable to deal with her feelings of guilt - will explain, after the deed, that she thought she could trust him. She will explain that she believed he was a true man of God, but, in the end, he turned out to be the same as all the rest. She will tell him, as she pulls on the sexiest shorts she owns - the shorts Jonathan pulled off as she half-heartedly protested - that when given the chance alone with her, he became so full of lust that she could not stop him. And, as she buttons the see-through blouse Jonathan had taken off, she will explain that once he had become an animal with only one thought in his mind, and had proven he was determined to get what he wanted, that she just laid there and allowed him to do the deed. She will tell him that she didn’t enjoy it, that she just let it happen so it would be over as soon as possible. Then she will leave. He will not even get up as she lets herself out.

Jonathan began receiving dreams from God in the form of parables thirty years ago. Follow his wondrous, tragic journey as he walks out the revelation of these parables in his own life. It takes him thirty years to unravel the interpretation of these divine messages, and when he finally does, he realizes that he is part of an Elijah Ministry the Holy Spirit is raising in the Church of the twenty-first century. Jonathan learns that his role in the church is to “turn the hearts of the fathers to their children” (Luke 1:17). In order to accomplish this, he must overcome an onslaught of attacks from the spiritual world. Watch as Jonathan unwittingly falls victim to the tactics of the demons Asmodeus, Lilith, and Jezebel, and receives help from the archangel Raphael, who was assigned to watch over Jonathan since the day he nearly drowned as an infant. Listen to Jesus discuss the events of Jonathan’s life with Raphael as the Lord explains the ministry Jonathan is called to fulfill, and the strategy Satan devises with his demons to thwart the prophet’s purpose on earth. Jonathan has always imagined himself a heroic knight in the service of righteousness. His imagination, however, pales in comparison to the truth: he has been called into the service of the Lord, where he battles spiritual dragons far more real—and powerful—than any of the monsters ever created in his imagination. In the end, Jonathan will prove to be either a true hero, worthy of preparing the way for the Lord, or one of the many would-be prophets that Satan and Jezebel have vanquished throughout human history.

Elsa serves in the teaching and healing ministries at Vineyard Church in Kansas City, Missouri. Mr. Papulot has been part of the prophetic ministry in the church for thirty years, working to “turn the hearts of the fathers to their children” (Luke 1:17).