Cuba: One Moment in Time 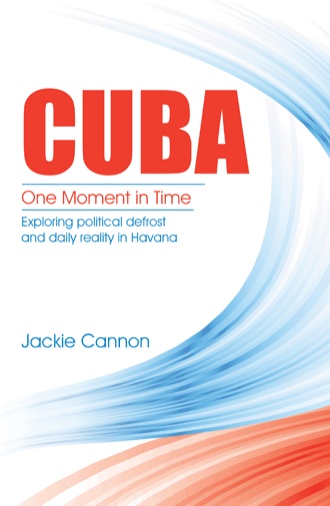 The next memorable example was on our wedding day in August 2011. There was a tension between my husband and me stemming from my internal nattering and my lack of understanding and awareness. Failure to listen could have led to a very fast divorce. Here's what happened.

I had decided I wanted to celebrate with a few sundowners in the garden of the splendid Hotel Nacional, an event we were going to share with his mother, his two brothers, their partners, a small group of his friends and our witnesses. I hadn't invited anybody from back home to join me because I didn't want to have to play tourist guide while sorting out the necessary bureaucratic papers. I was happy to be embarking on this journey of married life in such a wonderful environment. And a liquid wedding breakfast for fourteen of us at the equivalent of 40USD per round struck me as a very affordable luxury. So we ordered a second round as the sun started its descent on the horizon. Two mojitos on my wedding day started calling for a third, just to extend the pleasure of the temperature, the vast expanse of sea in front of me, the breeze, the relaxation and the satisfaction of taking our next step in our now-joined future. Or maybe it was just because I felt a little bit tipsy as I teetered on the brink of a new uncharted life.

My suggestion to my husband for a third drink was met with a frown. He said some people were ready to leave. Let them! I retorted. Why should I limit my pleasure just because some other people want to do other things with their evening and join in the carnival that was happening on the Malecón below? It looked to me like I was having to act according to what others wanted rather than what I wanted.

It was a striking blow when I pushed my husband to express his real reason for wanting to wind up the party, and I actually listened. It was the moment I got in my gut how utterly ignorant I was and how insensitive it was of me to want to engage in such gross extravagance. He said “I'm just thinking of how much food my mum could buy with 40USD”. Of course! The equivalent of two months' average salary for a Cuban. And I was proposing a THIRD round. Six months' salary on a few drinks! I realised right then how little I would enjoy a drink at a wedding in Europe with 14 attendees when each round of drinks was costing two months' salary. His family and friends were not used to the Hotel Nacional. Our guests did not know how low the cost seemed to me -only one of them had ever been outside Cuba- and it didn't look to me like the time to tell them. So we decided together that two drinks at sunset was plenty and it was now time to move to the next activity of the daily “lucha” (struggle), the way the Cubans so frequently refer to the daily grind or simply their activity resolviendo, solving the problems of life. Of course, nobody expected the newly-weds to spend the evening with them anyway so we were able to head off to our hotel and enjoy the included Piña Coladas by the pool.

Albert Einstein was right when he said the only source of knowledge is experience.

In December 2014, Cuba and the United States resumed diplomatic relations after over half a century of hostility and political distance. The following year saw many visits to the island of US governmental representatives and others, as well as the opening of reciprocal Embassies in Havana and Washington. President Obama’s March 2016 visit to the island represented the first by a serving US President since 1928.

Far removed from the soaring ruminations of international diplomacy, however, Cuba: One Moment in Time reflects an intimate journey of exploration into elements of life as lived on the island and the ongoing challenges faced.

It is a collection of observations: testimony, memoir, and struggle to understand a country with many contradictions. It captures a moment in time. This moment ... the one filled with expectation, hope, curiosity, pride, anticipation, and caution.

Jackie Cannon is an accredited life coach, fluent Spanish speaker, experienced translator, and former UK University lecturer who has worked in Spain, the United Kingdom and in Havana for the Cuban newspaper, Granma Internacional. She has multiple publications, an MA in International Business, and has contributed to the online media outlet, The Canary.