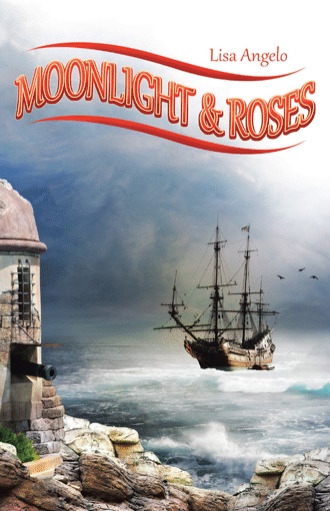 Lily Peyton and her sisters have been indulged by their father as they grew up. Now is the time for them to get married, but Lily is not thrilled with her choices. Lily tries to keep potential suitors at bay, but she is being pressured by the rules of society and her father.

Ethan Huntington wants to be a shipbuilder, but his grandparents have other ideas. His grandmother wishes he would settle down. He adores her and hates to make her sad, but he has goals he wants to accomplish without worrying about a spoiled female getting in his way.

Moonlight & Roses follows Lily and Ethan on a journey to unravel a mystery, but they find family intrigue along with a partner in life they never imagined possible. Despite society’s rules, will they still be able to reach their goals and make their dreams come true?

Lisa Angelo released her first novel, Awakening to Love, in 2015. She prefers to write romantic comedies and to throw her characters into an adventure. Lisa met a lot of twenty-somethings at work and realized early on they learn faster when the lessons are entertaining. Lisa’s goal is to make learning exciting by plunging the reader into a unique and fascinating story. She combined her sense of fun, love of romance novels, interest in history, and research of the self-help genre to create her latest adventure—Moonlight & Roses.

Lisa is a wife and the mother of two children. She loves to travel, write, and spend time with family and friends. Lisa believes knowledge can come from anywhere and is fascinated to learn new things. She loves to watch movies, television, and people in general. She believes they offer clues to ways to make life better and provides nice quirks for her to incorporate into her stories.