Heavy is the Torch 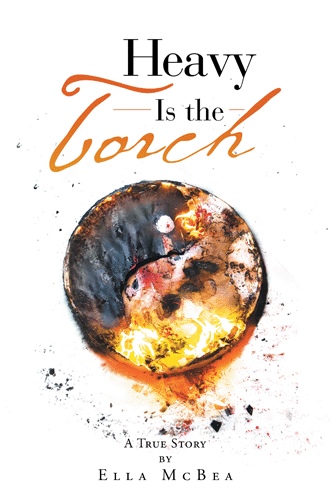 Sometime in early January of 2004, just after the new year began, I was sitting across from my friend Bobby in a diner when he walked by. He was on his way to pay the bill when I caught his eye and he caught mine. My back was to him while he was at the register, but on the way back to his table of friends, he and I exchanged another glance—his glance lingering a little longer than mine—and all I could think was, “Where do I know that guy from?” Little did I know that this guy that was walking down the aisle, this man that I couldn’t quite place in my mind, would serve to be the single most influential human being that I would ever meet. See, what I didn’t know then was that what was being set in motion was a force unmatched by many in the universe. A force we all desire and dream about. A force that inherently becomes the deepest fabric of our being if we are lucky, and our worst nightmare if we are not. For what was happening to me, unconsciously, was that I was being introduced to my soul mate; and not just any soul mate, as I have learned that we have so many in our lifetime, but my twin flame soul mate, a spiritual concept that would elude me for over a decade but would come to permeate every inch of my life for the rest of my life. Of all the things in the world that one can encounter, a soul mate was not one I ever really believed would happen to me. Not because I didn’t think I was unworthy of one; I just didn’t believe in them. Out of the billions of people on the planet, there’s supposed to be just one person who is a better match for you than all of the rest? How awful! And silly. Needless to say, this was not a concept that I subscribed to at the time, or even took seriously. I didn’t even have the run-of-the-mill fantasy about one day meeting my soul mate. What a load of crap. I just didn’t believe in such a thing, and as I accumulated more and more failed relationships well into my late twenties, the idea of being matched with a loving, lasting, “soul mate” just sounded naïve and delusional. Ironically, and simultaneously, I was truly a hopeless romantic, though I couldn’t afford the luxury of indulging in it. My hopeless romanticism was like a red flag that waved the message “Over here! Come over here and break my heart for no good reason, just because I’m a hopeless romantic idiot!” I hated that about myself, but I knew that it provided fuel for my art, and steadfast, budding photography career. In all seriousness, to have that belief so present in my life as a public truth was like a slow death. No thanks. It was hard enough for me not being able to wear my heart anywhere but on my sleeve. I suppose I should be grateful to be someone who has the courage to display her sensitivities so freely, but more times than many, I end up feeling more like a joke, waiting to be paraded through someone’s beratement of me for, God forbid, liking them. How dare I! Anyway, yeah, the whole thing was like a karmic curse for me. So the notion of soul mates, comparatively, was like that of unicorns or talking plants. In other words, just a fantastical delusion. In light of this, to have an elusive spiritual relationship become the bane of my existence was nothing short of being stuck on a perpetual magic carpet ride. One that I couldn’t get off of, yet over time, and with the slow and steady reveal of an esoteric spiritual truth, one that I grew to respect and covet. If you know anything about twin flames or twin souls, then you would know that they are literally the other half of your soul. I’m not laying claim to any factual information in defining this specific soul relationship, but in having researched and more importantly, found my own unmistakable truth amongst this fringe subject, it is a definition I have come to implicitly believe. If you are spiritually advanced enough to be in the know of the twin flame dynamic, then you might think that I was actually extremely fortunate to have found this “needle-in-a-haystack” soul connection. Tragically though, neither my twin nor I possessed enough spiritual awareness to recognize this coveted connection, and instead of a blissful and enlightening “twin flame activation,” we were met with a stubborn unrequited-ness plaguing us from day one. Since we were not welcomed into the “happy twin flames club” with open arms and a clear path, there was much work to be done, much more than I could ever imagine. As this was slowly revealed to me, I literally had nothing tangible to work with. I was blind, deaf and dumb to a destiny that would nip at my heels until I would be left with no choice but to wake up from my spiritually anorexic existence and transform every aspect of my life just to fit this one person into a space which, on the surface, he did not in any way, shape, or form fit into. In fact, doing this would set me to a challenge so big that I it would completely change every aspect of my life. Essentially, it would kill me then force a rebirth of a person I never thought I could possibly be. I had what seemed an impossible task before me, but with the help of unseen benevolent forces sent from the cosmos, I would persevere. This is my story about that journey, and it all started with Timothy Seas.

We’ve all heard the old adage, “If you love something, set it free. If it comes back, it was meant to be.” Love is fickle and often pushes us to let go. But what if letting go was not an option? In Heavy Is the Torch, we experience a journey toward oneness like no other. In this, her compelling debut memoir, McBea explores the boundaries and freedom in loving, of staying strong, and receiving in return a momentum of unconditional love far exceeding the imagination. Her enthralling true story is about love, relating, loss, transformation, and the discovery of the pure essence of a twin-soul relationship. Heavy Is the Torch is about coming home to the grandest collective heartbeat. It is a story of unrequited love that explores the finer nuanced experiences of life that leads one to love truly. What makes one “the only one?” How far will you go to find out? What will you sacrifice? Do you have the courage to find true love? Embark on a journey of a lifetime—or several lifetimes—for love, like light, transcends time and space. Real love is never over. Never.

Ella McBea resides in the Los Angeles area where she works as a professional photographer and stylist. Heavy Is the Torch is her first book.