A Seasons of Change Journey 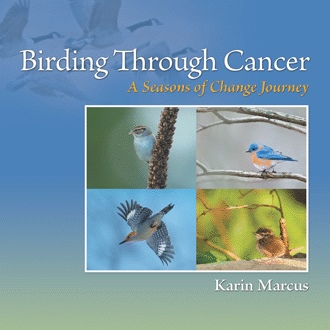 Little Did I Know

This is the story of a deeply personal journey through a frightening illness and of eventually regaining a vibrant life. Many have traveled a similar path before me, many will follow, and many others will be their companions along the way.

One of the many lessons I have learned is that life often prepares us for the road ahead without our even knowing. Little did I know that my way had already been paved by three core foundations of my life, these being my love for the outdoors, my unique spiritual path, and the intensive, inner personal work involved in becoming a Life Coach.

I begin with my earliest source of comfort and peace, the natural world. As a little girl, I would spend most of my days exploring the welcoming woods behind our home, sitting up in the trees daydreaming, feeling safe in the sheltering arms of their branches. My summer vacations were spent in Cape Cod, Massachusetts, lulled by the perpetual rhythm of the waves while playing in the sand and meandering along the shoreline.

I was quite the spoiled beach snob by the time I moved to Pennsylvania as a young adult. Totally put off by the overcrowded beaches of New Jersey, I rarely saw the ocean except for long family sojourns to my familiar Cape Cod. Many years passed before I finally discovered Cape May Point, New Jersey, where, like much of the outer neck of Cape Cod, here too the beaches are protected by the National Park Service. What a discovery! Instead of the tedious eight hour drive to the outermost coast of Massachusetts, in just two hours, I could be by the ocean, walk the empty beaches and, much to my delight, frequently watch dolphins playing in the surf, the Delaware Bay serving as one of the largest dolphin nurseries on the East Coast.

The discovery of Cape May came at a timely moment in my life. I was a recent empty nester, burnt-out in my work as managing editor of a small publishing company, and at a loss as to what new direction my life was to take. Whenever I needed to clear my head, I would grab my journal and beach chair and retreat to the shore. Once I brought along Barbara Sher's book, I Could Do Anything If Only I Knew What it Was, and completed all the exercises while relaxing on the beach. For one exercise, I had to envision the woman I wanted to become. A clear image immediately appeared of me sitting on a porch by the ocean, immersed in conversation with other women. At that time I didn't even know the existence of the Life Coach or Retreat Coach profession. Yet in three years time, I would be leading women's retreats in Cape May, fulfilling the vision I had seen that day.

It took several visits to Cape May before I finally wandered off the beach and discovered the many other walks available in the area. The South Cape May Meadows Preserve is a serene place to walk amidst low rolling dunes, freshwater wetlands, meadows, ponds, as well as a full mile of protected beach. One day when I was briskly walking the main trail for exercise, I passed two teenage boys in Phillies T-shirts and baseball caps, poised on the ground, their cameras at the ready. An hour later after completing my loop, they were still there and I inquired what they were doing. "We're waiting for the Black Rail!" they exclaimed, explaining that this was a small bird recently sited at this location. My curiosity was spiked and I asked if I could join them. Sure enough, fifteen minutes later this bird scooted across the path and then disappeared into the rushes. The boys' cameras started clicking, and they started jumping up and down, high-fiving one another. They quickly resumed their sitting positions to wait for its return, and twenty minutes later the elusive bird darted back across the path, and the same scene of joy erupted.

Thus began my life as a birder. I did not know then that this was an extremely rare sighting, nor was I able to appreciate that, very likely, never again would I see another Black Rail. Nor did I realize that the South Cape May Meadows Preserve protects over two hundred acres of critical habitat and that Cape May is a globally renowned birding hot spot. Being a peninsula, Cape May Point creates a migratory funnel and serves as an important resting place before the flight across the broad expanse of the Delaware Bay. It is also a vagrant trap where many birds never seen in the Northeastern United States come to rest after being blown off course. Little did I know that I too would come to rest in Cape May after being blown way off my life trajectory by cancer. Or that the birding community I found there would be my refuge of sanity throughout the stormy seas of chemotherapy.

Nor did I know that the past decade during which I had become an established Life Coach and Retreat Coach had been abundantly providing me with the inner resources to withstand the unforeseen challenges that lay ahead. Once in Mexico, as we were walking through the jungle, a Mayan guide pointed out that for every poisonous plant we passed, within a few feet its remedy could be found growing. Similarly, I've come to understand that, unbeknownst to ourselves, life will gracefully prepare us for what is to come, and that for every challenge, the necessary tools for growth are also within our reach. We just need the eyes to see and the diligence to apply what we discover.

What do you do when your world has been turned upside down by some unexpected news?
How do you cope with the enormity of not knowing how things will unfold?

This inspirational memoir takes you on one woman's journey weathering a frightening diagnosis by immersing herself in nature. Guiding you on mindful walks, at every turn you share in the discovery of poignant metaphors, revealing that you inherently possess the necessary resources to traverse life's challenges.

Among the many books I have read about the Cancer experience, Birding Through Cancer is completely unique. Karin Marcus walks a path through the challenges of life-threatening illness with the sensitive eye of an expert bird watcher and the wise perspective of a seasoned Life Coach. She has filled her book with wonderful quotes and exquisite pictures of the creatures of the sky. The outcome is a one of a kind book which is a passionate celebration of the love of life that is the foundation of all healing. It will inspire you.
RACHEL NAOMI REMEN, MD, author of the New York Times bestseller, Kitchen Table Wisdom

While very personal, this book deals with universal themes. Life is a journey, and a life enriched by birds is an adventure, a life worth living and nurturing.
Pete Dunne, author, birder and retired director of the Cape May Bird Observatory

Inspiring. Poignant. Full of hope! Reading Karin's story will open a path to restoring vitality in your life—no matter what you are healing from.
Carol McClelland, PhD, author of Seasons of Change: Using Nature's Wisdom to Grow Through Life's Inevitable Ups and Downs

Karin Marcus is a Professional Life Coach and Master Retreat Leader in the Greater Philadelphia area. Her personal coaching style combines her love of the outdoors and respect for the human spirit. Karin's goal is to help everyone become an environmentalist of the heart. Her private practice, Stepping Out Coaching, focuses on supporting individuals through life's many transitions by helping them to embrace change and reinvent their lives. www.SteppingOutCoaching.com.

Karin has a B.S. in Physical Education and a M.A. in Movement Therapy. For twenty years she was the managing editor of The Fellowship Press, publishing the works of the Sufi teacher, M.R. Bawa Muhaiyaddeen. She is a Professional Certified Coach with the International Coaching Federation, a Board Certified Coach with the Center for Credentialing and Education, and a faculty member of The Institute for Life Coach Training. In addition, she is a Master Trainer for the Seasons of Change®.

Happily married for forty years, with their two grown daughters now living on their own, Karin and her husband Carl have more time to enjoy their passion for bird watching.