The Book of Clues 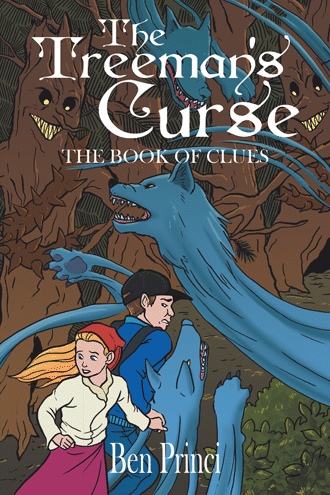 CHAPTER 1 A strange supernatural phenomenon, one thought to have been forgotten, had suddenly awoken. It returned to feast on its young, unsuspecting prey, and inflicted a renewed fear amongst the villagers of Heddlestoke. A fear that had not disturbed them for eight years. There was something a little different about the small village of Heddlestoke compared to other villages farther west of the Jackson Mountains. It wasn’t that it was made up of a mixture of the uniquely structured medieval and pioneer buildings compared to other neighbouring pioneer villages. Neither was it the rundown, old cobblestone road that was the only way in and out of the town. It was different because the village was entirely occupied by women and children. This wasn’t always the case. Heddlestoke was once one of the largest in the area with quite a number of men and women in its population. All that remained from such times was now fallen rubble behind the few still-standing buildings. It was due to the sudden appearance of a mysterious forest, known by locals as the Fearful Forest. Where the forest now flourished was once a large, lush green field that stretched as far as the eye could see, up to the flowing river at the bottom of the seemingly endless mountain range. In recent times, the forest—which stretched for miles in either direction and was made up of a mixture of western red cedar, spruce, white fir, and hemlock pine trees—had grown thicker and darker. It now stretched to within a couple of hundred metres from Heddlestoke, which once had a majestic view of the mountain range. As the forest grew, the number of men had dropped considerably, until one by one, all the men of the village had mysteriously disappeared ............................................ ............................................................ ............................................... CHAPTER 13 Crystal lay on the cold, dirt-carved cobblestone road in the middle of the dirt village. Her head pounded with an annoying headache that wouldn’t go away. It wasn’t a lack of water or a hard knock that had her head throbbing, but the constant thoughts of the book they had discovered deep within the hallways of the underground world. She could see it in her mind as clear as day, as if the book was calling to her. She tossed and turned, attempting to shake off these persuasive thoughts. The idea continued to pound against her head, and the vision would not go away. Sweat began to drip along her forehead; she tried to keep her eyes closed so forcefully that the wrinkles on the side of her young face were outlined. Her teeth chattered against each other at an alarming rate, and still the image poisoned her mind. She woke up to the echo of her heavy breathing and sat up with a start. As she gasped for breath, she looked around to see Jonty, who was fast asleep. The village was a dark outline underneath the glowing light of the Cursed One’s roots. Her curiosity had first lured her into the forest, and now it had cast a spell over her again, fueled by her fascination of the thorn maze and the golden covered book that it protected. The decision she made next was one she would not normally make if thinking with an unclouded mind. It wasn’t just the book that had her so entranced; the pictures of the stories her grandmother had told them had also stimulated her curiosity, and she was desperate to find out what other stories this hidden underworld was protecting. Seeming to be under some kind of trance, she got up and walked out of the remaining light and into the darkness of the shadows.

“That forest is made of a dark and mysterious past that has not been awakened for some years. We do not dare to wake it again.”

Evil has instilled fear in the people of Heddlestoke. Emerging from the forest, it captures people from the village and takes them away, never to be seen again. Eight years ago, it took Crystal and Jonty’s parents, leaving them in the care of their grandmother, and it has been dormant ever since—until now.

Jonty and Crystal are forced to face the mysterious forest, only to discover they hold the key to destroying the evil that has poisoned their lands. When they find a secret book that can assist them on their quest, the evil that hunts them becomes determined to stop the two children and their new friends, including the mysterious Treeman, whose secret past endangers Jonty and Crystal and their chances of being reunited with their family.

Ben Princi is a teacher who has long had dreams of writing, including creating a number of stories in pursuit of a career in writing for film. This novel, his first, is inspired and influenced by his experiences in Canada. He currently lives in Australia.