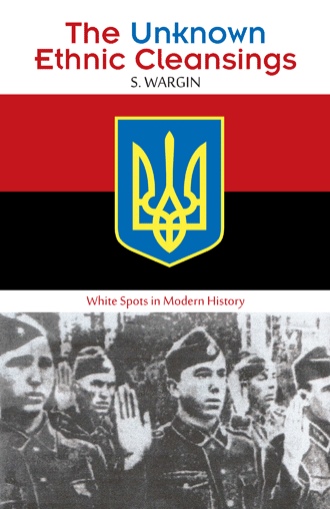 The truth will never be handed to you on a silver platter—especially when it doesn’t reflect well on the superpowers of the world.

The Unknown Ethnic Cleansings, written by the son of a Pole who died in a concentration camp. It focuses on the Ukraine, Lithuania, and other countries that few have singled out for their horrific actions.

While Germany was making demands upon Poland, Ukrainian commandos in eastern Poland were preparing an uprising. They prepared a list of local Polish notables for elimination, and beginning in September 1939, Ukrainian deserters from the Polish army began forming their own units.

Soon, Ukrainian militias were attacking Polish villages, and Ukrainians were expressing gratitude to Hitler. After every massacre of the Polish population in villages and towns, Ukrainian women and children arrived on horse-drawn carriages to plunder homes before torching them to the ground.

They were not alone.

Discover how various nations have conspired to kill innocent people, and get an honest account of atrocities the world must never forget with this history highlighting the darkest days in Poland’s history.

S. Wargin is the son of a schoolteacher in pre-war Poland who was imprisoned at the concentration camp in Dachau and died at the camp in Mauthausen in 1941. He currently lives in Queensland, Australia.