A Bird and the Dragon: Their Love Story 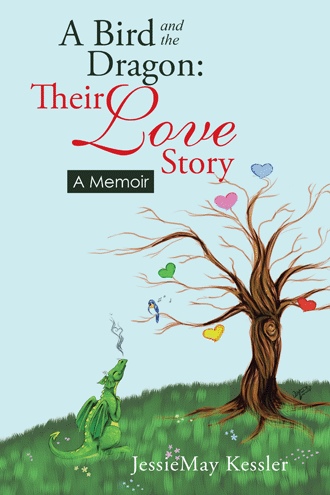 THE MEETING CHAPTER ONE I met my second husband, Sy exactly one month, almost to the day, after my father Frederick Copeland Sanderson died of a lymphatic cancer. I have always felt that my father held on until he knew there was a knight coming to take over my protection, a responsibility that my father quietly carried in his heart from the day I was born. I said good bye to my father on a sticky, hot, July Wednesday and hello to my Sy on almost as hot a day, August 10, 1977. But before that there is back story. I had been seeing a Jungian oriented psychotherapist for about two years as I prepared to strengthen myself to the point where I could ask my then husband, Rev. Frederic Franzius for a divorce. I had come to the point where I could no longer cope with his ridicule, oppositional attitudes, and explosive physical abuse. But enough on that painful subject! In June of 1977 I was living alone in the marital family home with my three girls, Lynn, Katrina, and Christa. I had been alone since a year ago March, handling all of the domestic details and living somewhere between shock and depression. In June, Lynn began acting up challenging my authority. I was in a session with Rev. David Easton, my therapist giving him my rendition of the troubles with Lynn. Toward the end of the session he told me that there was a gentleman about my age that he had been counseling and he wondered if he could give the man my telephone number. Still in my state of agitation over Lynn, I flippantly said, “Sure, give him my name, telephone number, measurements-- whatever he wants!” The session ended and I was on my way. Weeks later I had not had a telephone call from any perspective gentleman and was sitting in my office feeling sorry for myself. I took out the telephone book and looked through it until I found a Seymour Kessler listed in Niantic, Connecticut, the town where David had told me the man lived. I sat with the telephone book open in my lap wondering what a Jewish man with that sort of name would look like. Quickly a short, bald headed man with a typical paunch appeared, I think he had glasses and I thought, “Oh, well, David said that the religion would not be an issue.” Next thing I knew I saw a road in front of me running up an incline and bending to the left. The street was lined with trees and there were houses on each side. I thought, now that is weird, and closed the telephone book. Somewhere towards the end of July, David mentioned that he felt I was healed enough that I should think about graduation and terminating my individual sessions with him. I was taken aback because I had not thought about a life without David’s steady support. As diversion I said, “So what happened? Didn’t you give my telephone number to the gentleman you mentioned?” And David responded, “No I didn’t give him your number because from your reply I didn’t think you were ready for a new relationship.” I was crushed because I knew I’d shot myself in the foot and couldn’t really complain. The session came to a close and I returned to home and the girls. At the next session with David he asked if I’d given any thought to graduation and I froze. He said, “I’ve been thinking about your situation and I’m starting a group for divorcing singles and wondered if you would like to join it as a stepping stone to your independence.” Ah, I thought a light in the darkness ahead. “Yes, I’d like to join the group,” I responded.” And we continued with the session. Just as David was ushering me out the door he said, “Oh, and by the way, Seymour is going to be a part of that group.” So now to August 10th 1977. As I said before it was a hot day in August and the day’s chores were mostly complete at home, as if the chores in any household with children are ever completed. I’d gotten supper for the girls and had them ready for the baby sitter. They were acting up and being difficult and I felt rushed, excited, and not prepared. I yelled at them and grabbed my purse just as the baby sitter arrived. I gave instructions and bolted out the door to the car knowing that I would be late. As I pulled into the drive at David’s house there were other cars there. This surprised me since always before I was the only one sharing David’s time. I walked up to the front door, which was open, and wished I could turn around and run. By now I was thinking I don’t want to meet a balding, paunchy Jewish man and I’ve never much felt comfortable in a group of people. David opened the screen door and motioned me to come in and join the other people in the living room. There were both men and women seated in chairs and on the couch. Since I was hot and the breeze was moving the curtains behind it, I chose to sit on the corner of the couch. David stepped back to the screen door and then called to those of us waiting, “Most everyone is here. We are just waiting on Sy Kessler.” That was a relief because none of the men in the room were short, balding or paunchy. “Ah, here he is,” David announced. And in what seemed like one simple movement, a tall, physically trim, man with curly brown hair stepped to the door of the living room. “Here is Sy Kessler,” David announced. I stared at the man before me. He had sideburns, plenty of brown curly hair and a somewhat self-effacing grin. “He’s a rebel I thought. He’s a rebel just like me!”

Falling in love happens! Burnishing that exquisite attraction into consistent happiness and emotional fulfillment that lasts a lifetime while raising a blended family is the challenge. Two strangers, each with children, meet in a divorce support group and the magic starts. This book is not filled with car chases and planted bombs but with the everyday intricacies of maintaining that first love and techniques for raising a blended family. As the five daughters grow, they bring issues to be solved, and their choices and heartaches become a part of the family fabric. This second-time-around couple chooses to hold hands tightly while they encircle their children, resulting in a family that finally seems to blend. When love lives, and it does here, it reflects the deepest, most tender secrets of the individuals. Yes, it speaks of the divine. Read to see if A Bird and the Dragon do meet their challenge.

JessieMay Kessler, MA, LPC, a Jungian therapist has lived this journey. She holds a BS from the University of Massachusetts and an MA from Saint Joseph University, Connecticut. Jessie has counseled for over thirty years and written a column, “Tidbits from the Couch.” She lives with Cara Cozy and Markey Mark her CKC dogs. Jessie can be reached at her website www.jessiemaykessler.com.