A Memoir of What Made Australia’s Roads Safer 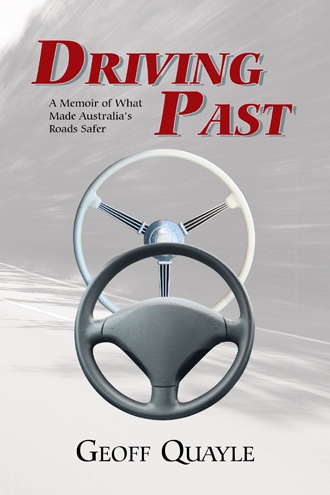 It’s almost impossible to believe that on an average weekend eight people died in road accidents in Victoria in the late 1960s with a low of four and a high of an incredible sixteen.

Geoff Quayle joined Commonwealth Department of Shipping and Transport in 1967 determined to play a role in doing something about these stark statistics.

This memoir is an insider’s account of the organised activity that it took to promote meaningful traffic safety reforms in Australia, weaving personal anecdotes into the historical account.

The first steps taken in Australia were to enact strict drink-driving laws and then make seat belt wearing compulsory. However, he cautions against concentrating on ever more restrictive legislative measures to reduce the death toll on the roads that is barely as third of what it was in 1970.

Rather, he sees a continuing need to adapt the road and traffic environment to the capabilities, limitations and needs of people rather than the other way around.

Quayle argues that the automated enforcement of speed limits that bear little relationship to the risk of crashing on the safest roads, whilst failing to guide drivers as to what is a safe speed elsewhere, only compounds the problem.

As he recalls a career devoted to traffic safety, he reflects on what still needs to be done today, noting that while Australia has come a long way, it would be a dreadful mistake to revisit the blind alleys of the past.

Geoff Quayle was the director of Road User and Traffic Standards, with the Federal Office of Road Safety, Australia, and consultant to the committee that drafted the Australian Road Rules. He is a foundation member of the Australian College of Road Safety. He’s retired and lives with his wife in Canberra ACT.