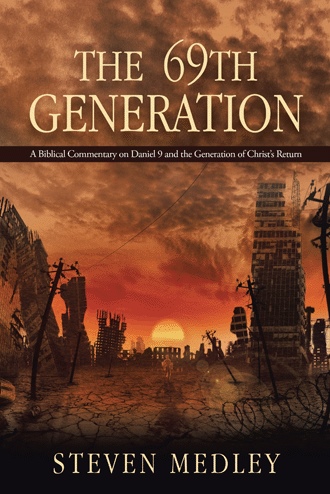 In still another sharp criticism by our Lord of His generation, we read in Matt.16:1-4 “… When it is evening, you say, ‘It will be fair weather; for the sky is red. And in the morning, it will be foul weather today; for the sky is red and threatening,’ O you hypocrites, you can discern the face of the sky; but can you not discern the signs of the times?” Repeatedly we find passages that clearly demonstrate that we are to know the time of His return, completely contradicting the doctrinal stance that our modern day church in many cases seems to employ today.
Again I will say to you… how important is this knowledge? To best answer that question let’s quickly go to LK.19:41-44 where Jesus Himself answers that very question for us: (v41-42) “ And when He had come near, He beheld the city, and wept over it, saying, if you had known, even you, especially in this your day… ” Jesus here is approaching Jerusalem. His long awaited prophesied arrival has finally come to the capital city of all of Israel, but it is not a joyful jubilant day, not for Him; for Him it is a day to weep. And why is He weeping? Because a great judgment will soon be unleashed on the nation of God’s people as (v43-44) precisely declares. But why the judgment you might ask? (v44) “because you did not know the time of your visitation.”
This statement speaks volumes to me. How could a Just God bring Judgment on the nation of His own people for not recognizing “the time of… visitation” unless, He had given them a timeline earlier that they had perilously ignored. We know from scripture that these events will once again play themselves out in the time of His second coming just as Jesus warned. Therefore let us see clearly the deep importance of discovering this timeline. Oh that we would wake up!
Moreover, the disciples were not alone in their quest to answer the “when” question. The prophet’s down through the ages understood the urgency of knowing God’s own timeline as witnessed to us by Peter in 1 Pet.1:10-12 “Of this salvation the prophets have inquired and searched carefully, who prophesied of the grace that would come to you, searching what, or what manner of time, the Spirit of Christ who was in them was indicating when He testified beforehand, the sufferings of Christ and the glories that would follow. To them it was revealed that not to themselves, but to us they were ministering the things which now have been reported… ”
Once again we see God’s own chosen prophets “inquiring, searching, what manner of time”, concerning the coming of Christ, and “to them it was revealed”. How can this not serve as an example to us today?

In this riveting and spellbinding exposé of the second coming of Christ, Steven Medley guides and directs the reader in the most strategic and methodical manner, skillfully and masterfully choreographing a meticulously crafted dissection of the most profound Biblical prophecies in order to create a thought-provoking step-by-step analysis of the imminent return of Jesus. Over the course of tens of thousands of hours dedicated to the study and research of the Holy Scriptures of the Bible, Medley has uncovered one of the most mysteriously disguised time lines, which uniquely spells out the otherwise unperceivable details that would proceed and accompany Christ’s return. While others have vaguely and ambiguously formulated their theories as to the timing of this momentous event, Medley allows the Scriptures themselves to paint a most thorough and detailed portrait, adding great clarity while providing an extensive series of proofs in order to consummate his remarkable finding: we are that final generation. It is a masterful examination of the hidden mysteries that lie beneath the pages of prophetic Scripture as it pertains to the elusive understanding of the end-times. It is an utterly artistic and stylistic approach to what is perhaps the most speculative and hotly debated question that pertains to the entire Bible: when will Jesus come again? It is a must read for both serious students of the biblically prophetic as well as for the casual novice. It is sure to leave the reader deeply intrigued and scratching his head in pure astonishment.

Steven Medley was born in 1961 in the inner city of Chicago. Born to a middle aged father and a young but alcoholic mother, it would be less than a year before his maternal mother would abandon them both. The next nine years would be spent being shipped around from various foster homes, and from one school to the next. At age 10 he would finally come home to stay with his quickly aging father. These would be the happiest years of his life.
At seventeen Steven would enlist in the U.S. Marines and four short years later he would receive an honorable discharge. Upon his return home his father would die of lung cancer only a short single year later. This would begin the darkest time of Stevens life. Alcoholism, drug addiction, and a wide array of criminal activities would eventually land him in the state penitentiary where he would serve a total of forty-two months behind bars. It would be there behind those same bars that he would give his life to Jesus in 1991.
This would begin years of cultivating a personal and intimate relationship with his newly discovered Savior. It would be during this period of his life that he would uncover the ever present gift of prophecy lying previously dormant and undetected within him.
Since then Steven Medley is a dedicated student and researcher of the Word of God, with more than over 40,000 hours of collective study in the field of biblical prophecy. Medley was born in Chicago Illinois, and currently resides there with his newly gained wife and teenage daughter. He is also the father of another daughter, and grandfather to three young grandchildren.