Remnants of a Normal Life 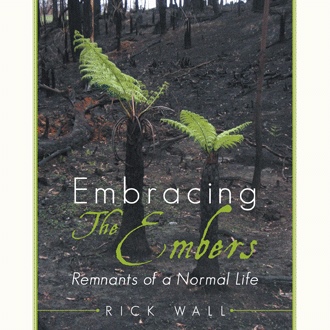 The Caine and Buchanan families were at the heart of one of Australia’s worst ever natural disasters- the Black Saturday bushfires in 2009 which razed whole communities and claimed 173 lives.

Cameron Caine was the only local police officer on duty throughout that fateful night on February 7 as most of the town of Kinglake was burned to ashes. Wife Laura was with Ross Buchanan as he learned that two of his children were in a house where five people perished.

When the searing flames careened into the township on the back of gale force winds they all had to flee for their lives. Fate would dictate it didn’t matter that Ross had left his children in the safest house in one of the safest streets in Kinglake.

Rick Wall is a journalist who worked for 30 years in Australian radio and tv newsrooms. After the 2009 bushfire disaster he worked in Kinglake where he met the Buchanan and Caine families and donated his energies to the telling of their stories.