Essays From A Journey To Find Happiness 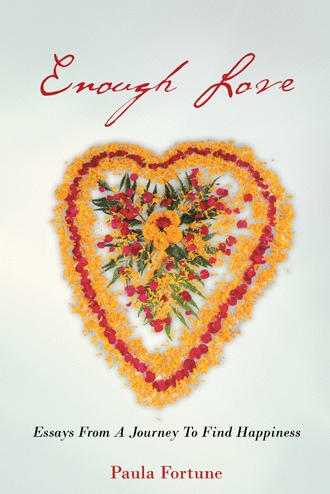 They argue, she yells, he sits quietly looking uncomfortable

And the child observes.

He feels confused, trapped, and unsure of the future,

And the child wants to help.

She storms out, gets in her car and takes off.

The child goes to him.

He talks to the child about his confusion until she feels his pain.

He puts the argument out of his mind.

The child stews thinking of ways to keep the screaming woman smiling so the silent man will be happy.

They argue, she yells, she walks out of the room.

She slams doors and sobs loudly behind them.

He turns on the television and reads the paper.

The child wants to help.

The child can’t make the woman stay calm and quiet.

But the child can ease the discomfort he feels.

They argue, the child asks him to go play ball in the backyard.

They argue, the child thanks him for the help studying.

They argue, the child brags to him about her softball game.

The child succeeds. The man is happy.

The child grows into a young woman.

The young woman looks for a man who loves her attention and care-taking like he did.

She tries to take on each man’s pain, struggles, trials.

She loses one man after the other.

She lives to make men smile, to make them happy, so she feels safe.

If the man doesn’t need her, why exist?

The child who learned to work at winning his love is gone.

The changed woman values her individualism, her spirit, her sense of humor, her beauty, her peace with herself.

There is no man.

A dark voice inside is saying, “I can’t do anything right. I mess up everything. I wish things hadn’t gotten so out of control. I don’t know how I got here again. What’s wrong with me? I’ll lose everything this time. He’ll never forgive me. He’ll leave me. Then what will I do? I’ll have no one. I’ll never come out of this darkness, so it’s time to go, for real this time. No note, what more is there to say? Just end it.”

I feel weak and pathetic because I don’t have the courage to cut open my wrists, but I don’t want him to come home to that mess. I want to make it as easy on him as I can. There I go again, always using him as an excuse to cover up my weakness. “Get it right this time you moron!”

When I walked in the front door of my beautiful home in Marin County, California about a half an hour earlier at 5:30 in the morning on Thursday, October 28, 2009, I thought I was making sense. I thought it was wise to leave Kathleen’s where I fitfully had slept a few hours. I wanted to try to have a normal conversation at home with my husband before he left for work. I think I tried to come home when the bars closed, we’d fought, and I stormed out to go to Kathleen’s apartment down the street; but, I honestly can’t say for certain.

He probably preferred not to see me at all. I wanted him to know I was alive, ok, not in bed with some unknown man, not still out living it up. And I wanted to apologize. Still bleary-eyed and slurring my words, I told him how sorry I was for staying out all night again. I swore I hadn’t done cocaine and I honestly thought I was telling the truth. I blacked out at some point and wasn’t remembering clearly.

I don’t know how I thought I could just say, “I’m sorry” and he’d hug me, tell me we can talk about it later, and go on about his day at work. He is furious. He yells. He calls me a selfish bitch. He says he can’t talk now that he has to go to work.

“Well,” that same dark voice ponders, “I’m not going to stick around for that conversation. I’m bailing.” I actually take the bottle of Percocet before he leaves for work, but he has no idea. When he walks out the front door, a moment of calm comes over me. I’ve gotten away with it. He won’t see me again. I won’t have to face the mess I created. I’ll slip away without anyone the wiser.

For the next hour or so I doze off until my uncontrollable shaking wakes me. The ambulance guy tells me later that I can stop shaking if I want to. I try but can’t stop. The neighbor lady from the street behind us with the short-red hair is staring like a voyeur as she walks her dog past the house. The ambulance in the driveway is generating some attention. I imagine she wants to know what is happening. I keep telling myself, there’s no way she can know. I am ashamed. I tried and failed. I messed it up again.

Earlier Kathleen had called to check on me. I tell her I am fine, am just going back to sleep, that she should do the same. At some point I call her back and tell her about the Percocet. The dying is taking too long and I don’t want to do it alone. I am scared. I hope she will come over and just stay with me. When she comes in she says she should call an ambulance. I beg her not to. She says if not that then she is going to call my husband.

Again, I plead with her, “I’m fine, I’m just really tired. I’ll just sleep it off and everything will be fine. You don’t need to call anyone. Just stay with me a bit until I go back to sleep.” Later I am furious at her for making those two telephone calls.

I am so thirsty. Ambulance guy won’t give me any water. He says when I get to the hospital maybe I can have some ice chips, but not until a doctor orders it. I remember this feeling from the last time. I try to explain, “no, see, you can give me ice chips. The EMTs last time gave them to me. I won’t tell anyone at the hospital. Just let me have some, please. My mouth and throat are so dry.” Still, he won’t give me any. The EMT in South Carolina was much nicer.

I think ambulance guy is mean until I get to the hospital. The social worker is insisting there is cocaine in my bloodstream, and that since I lied and said that I only took Percocet, he needs to send me to a psychiatric hospital on a 5150. I know what that means, at least 72 hours without release. My husband is in the Emergency Room with me by now. All I can think is that he’s going to be so pissed to learn I’ve done cocaine. As soon as the guy says cocaine, I remember. I think, “Oh yea, I did have some last night. It seems like that was days before now, was it all the same night?”

Enough Love is a collection of essays weaving together the brutally-honest story of one woman’s journey through depression, sexual promiscuity, avoidance of intimacy, fear of abandonment, marriage, divorce, and multiple suicide attempts to a place of self-love and joy. Including excerpts from her own personal journals between age ten to present day, Paula Fortune eloquently describes what her life was like, what she did to change it, and what it is like today.

Enough Love will enlighten the reader about the severity of sex and love addiction, a disease largely considered a joke by the media and public opinion. Light is shed on turning resentment into compassion, moving from atheism to faith, and healing the inevitable family-of-origin wounds. It is guaranteed to provide hope and inspiration to anyone suffering from low self-worth, addictive patterns, and relationship issues.

Paula Fortune identifies as a grateful recovering sex and love addict. She has integrated multiple healing modalities into her recovery – the 12-step program, psychotherapy, group therapy, couples therapy, acupuncture, Chinese medicine, sound healing, breath work, cranio-sacral therapy, deep tissue massage, Balinese water purifications, and writing. She is a passionate blogger, storyteller, journal writer and self-discovery practitioner. Paula earned a Bachelor’s degree in Psychology from Wake Forest University and a Master of Business Administration degree from University of Southern California. She grew up in southeastern United States, and has spent much of her adult life living on the west coast in California and Oregon. She currently resides in Bali, Indonesia. Enough Love is her first book.