The Adventures of Androcles and His Lion 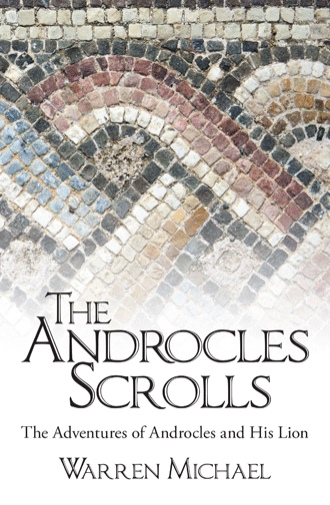 Androcles and the Lion, the story made most famous by Sir George Bernard Shaw, has remained untainted for centuries. Now, for the first time, a glimmer of disagreement has appeared. Off the coast of Samnos, a Greek island in the eastern Aegean Sea, south of Chios, north of Patmos and the Dodecanese, diving expeditions have produced evidence of an alternative explanation to the Androcles Legend. An explorer ship, uncovering ancient wrecks off the island coast for gold, silver, rare artifacts, using a well-trafficked route, commonly used for ages uncovered sealed amphora. As opposed to commodities for sale or trade, they contained contaminated, intact scrolls. Carefully protected and restored, they slowly disintegrated, but not before yielding much of their information. Strangely enough, it concerned the man Androcles. The amphora, apparently thrown off the ship en route, was recovered some three miles away from the ship itself before overtaken. They were purposely disposed of while being pursued. But why? What is the mystery that caused men to ‘conceal,’ then dispose of documents so seemingly harmless? Re-assembled after twenty-seven years of painstaking effort; authenticated, well preserved, restored, unchanged, and unedited—now made public for the first time. Written by a slave who apparently witnessed everything, he was careful to conceal all the information until his death. Is there some hidden state secret? A code—some event so dangerous it had to be dispelled, eliminated any way possible, even to the point of fable? You must decide. It is presented, flaws and all, for your enjoyment.

Warren Michael spent his first twenty-five years in Hollywood, raised in show-business: acting, dancing, building sets, repertoire theatre, some film, television performances, and such. Later, he had a career in information technology, working on computers and high-end systems maintenance for large corporations before he started writing short stories.