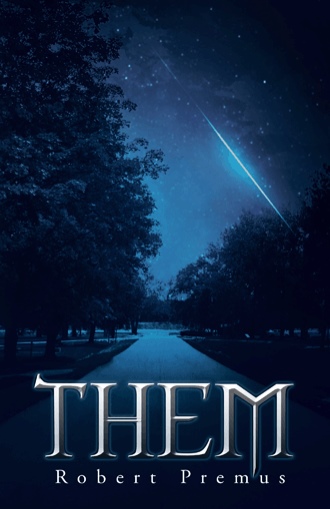 Dale, a soldier, has been wounded in every way possible. Body and soul forever tarnished by combat, he seeks a way to start over. Released on parole to a small Pennsylvanian town he’s never heard of and isolated from those he knows, he throws himself into the job he’s been given—and finds the way of life he has been fighting for all along.

When he meets Janet, the girl next door, everything he thought he knew begins to shift irretrievably out of focus. To the people of Somerset, she is a tragic and almost comical figure. No one believes that she was really abducted by aliens when she was a child. To them, she is off-the-planet crazy, so they leave her alone.

But not Dale. In her eyes, he sees a kindred spirit, someone who has also been forever changed by combat of a different nature. He alone believes her, and he wants to do all he can to protect her. He immerses himself into research about UFOs, alien abduction, and more.

And then Janet disappears.

He teams up with a trusted NSA asset to get her back. Dale unintentionally exposes their most prized secrets—the existence of the Greys, the government’s alien invasion, the Nazi base in Antarctica, the proof that top Nazi leaders were actually aliens, and NASA’s evidence that the moon is not only hollow but home to more terrifying secrets.

Will Dale be able to complete the ultimate rescue mission for the woman he loves?

Robert Premus has worked in construction and drilling for twenty-five years. He embraces the life-altering experiences of travel, inspiration, and creativity. He believes that whether a person expresses his talent through the arts, engineering, or leadership, everyone should have the chance to shine.