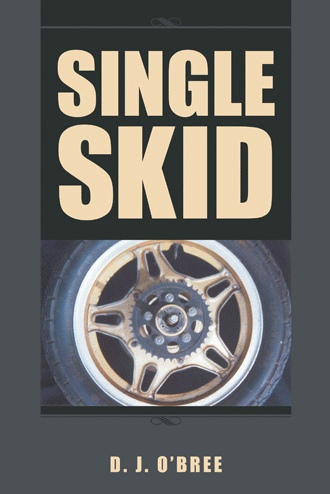 I remember going to look at the motorcycle that Doc had found for a great price in the paper.

When we arrived, it was brought out into the backyard, where we were waiting.

It was a Honda 750cc and it glistened in the sunlight. Its blue metallic paintwork and blue and white pinstripes down the petrol tank looked great. It was obvious that the owner took pride in keeping it in good condition.

Doc’s eyes lit up when asked would he like to take it for a ride.

When he returned, his smile said it all. Before we knew it the papers were signed, I was traveling alone in my car and Doc was visible in my rear view mirror on his new motorcycle. How terrific he looked being back on a machine he knew and loved. It had been a while since he had sold his last bike, a Ducati 900ss. (What a machine that one was) I knew that he wouldn’t be complete without a motor bike in his life.

He’s been riding motor bikes since he was 16 years old, when riding trail bikes with his mates was his life. He then progressed to road bikes when he was old enough to get a license.

Now, at thirty-two years of age he still enjoys the freedom feeling of being on a motorcycle.

We went traveling on this beautiful new machine and had a fantastic time. Our holiday was cut short when we received news that Doc was to receive a promotion. We came straight home. He had been promoted from the delivery driver at Crash Supplies to a Sales Representative for the same company. It was an impressive opportunity for him. He would receive a company car and we thought life would be sweet.

On June 1st 1996, our lives would be changed dramatically. There would be many challenging days that lay ahead for both of us and our unborn child.

Author D. J. O’Bree and her husband, David—called Doc—have always had a similar passion for fast cars and motorbikes; it was one of the things that drew them together from the start. On June 1, 1996, Doc left their home early in the morning to look at a larger car, as they were expecting their first baby. That was a day that would change their lives forever.

Doc was in a serious accident, one that D. J. found out only by chance. He had been in the hospital without her for most of the day, a fact that propelled her strength and commitment to him in the coming days. Doc experienced memory loss and multiple injuries, but throughout it all, the couple stuck together. These challenges took them to a world they never knew existed, opening their eyes to the heartbreak around them and bringing them to the realization that they were not alone in the recovery process. Through this story, D. J. hopes to inspire others in similar situations to discover the fund of inner strength that can guide them through the recovery process.

This memoir tells the story of a couple who experienced a devastating accident and their inspirational journey of strength, connection, and endurance through recovery.

D. J. O’Bree worked with her husband, Doc, in recovering from injuries and memory loss resulting from a serious motorcycle accident. They have two sons and live in Mount Kuring-gai, New South Wales, Australia.