The Light and Loves of My Life 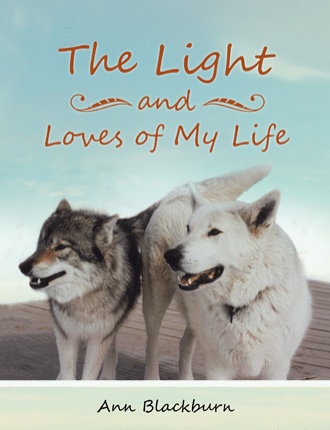 I sit with his magnificent head in my lap, as I have so many times before, and I treasure the fleeting moments. I feel blessed. The word, "magnificent", seems inadequate. In size, beauty, intelligence and spirit, he is more than words can describe. As I sit, I think back to the day that E-Sup came into my life, and know that I must write our story. Not only because it has become the experience of a lifetime, but also because I owe it to them. "Them" being he, "E-Sup", and his beautiful, elf like mate, "Daza".

E-Sup and Daza were almost constant companions, and became the best friends that I have ever known, and, since I had no children, that is basically what they became. We were a family. They helped raise my spiritual being, and my relationship with the natural world to a whole new level. Their knowledge, intelligence, and wisdom would often make me feel inadequate. At the same time, they were dependent upon me like children. Not only did I provide nourishment in the form of food, but I also provided endless amounts of affection and security in the family unit, and with protection from harm. They were, and still remain, the light and loves of my life. We shared sixteen unforgettable years together. I only hope that I succeed in conveying what our life was like. They deserve that much and more.

E-Sup came into this world as a beautiful, male Wolf cub on New Year's Eve, 1992. He entered my life when he was three weeks old. E-Sup, as one of the largest cubs, stood out among the sprawling crowd, not only because of his size, but because he stood forward in his gregarious manner and introduced himself. He was in the middle of all of these beautiful, busy litter mates, and his smile won my love immediately. That was the first time that I saw his huge smile. There was my boy, I was a "goner".

Having already been introduced to E-Sup's "family", I was anxious to make him part of mine. I had entered their enclosure, unsure, but any doubts gave way to joy immediately. His beautiful and gracious father, Spirit, a Timber (Gray) Wolf, had greeted me by standing with great paws on my shoulders, gazing in my eyes, then giving my face a great lick. Each member of the "pack" greeted me in the same manner, taking turns, according to hierarchy. I was struck by the respect that was shown to me by all of them. I had won their approval. They were genuinely happy to have my company. I could feel the energy of the pack, all as individuals, yet all as one. It seemed as though they could all be looking at me, but as though through one, all-knowing pair of eyes. It was an emotional, and mesmerizing experience. I found it difficult to pull away from them. I wanted to stay and play. I became acutely aware that I may be about to embark on an incredible journey, and this special treasure, this Wolf cub, may be entrusted to me to care for, and in turn, I may be about to become part of the spiritual mystery and knowledge of the family, Wolf.

One year after E-Sup became part of the family, it was decided that another Wolf cub adoption would be the answer. So at three weeks of age, a little female Wolf cub came home tucked down inside my jacket. She stood out from her siblings in a quiet, endearing way. Just as with E-Sup, she also came with a personalized birth certificate, baby paw print and all. She was born to her father, Spirit and her mother, Moon Shadow, who was also a Timber (Gray) Wolf, on January 11, 1994. She became “Daza”. She was 100% Wolf. I often called her my little “Welfin”, because she was my little, playful trickster.

This narration of a life experience and the deep love shared with two special canines of the wolf persuasion comes from the heart. In sharing the story, the author hopes to connect with those who have known the amazing relationship that humans can have with animals of another species, and also awaken others to both appreciate and respect the uncanny sensitivity and intelligence that other species do possess.

People would often ask me with a startled look on their face, “You mean you have real wolves?” I would simply say, “Actually they have me.”

ALWAYS, I WAS AWAKENED
BY THE GIFT
OF A SONG
• • •
I LEARNED TO PLAY AGAIN
LIKE A HAPPY CHILD
UNINHIBITED, CAREFREE
• • •
THEY WERE IN THEIR ELEMENT
RUNNING, PLAYING
BUT
MOST OF ALL,
THERE WAS THE DANCE….
ON A CRYSTAL DAY, I CAN STILL SEE THEM
• • •
AND SO, YOU GO
AS WITH THE TRAIL OF SMOKE
WHISPERING FROM THE CANDLE
AS IT GOES OUT WITH
THE LIGHT AND LOVES OF MY LIFE

“I look forward to holding it (the book) in my hands, and through the book for others to know and love these two great hearted beings.”
—Susana Andrews

Even though the author had obtained a Bachelor of Science degree, specializing in Medical Laboratory Science and worked in that capacity for most of her career, one of her favorite aspirations had always been writing, primarily in the form of poetry. Her inspiration usually stemmed from her quiet hikes and walks in the high desert and mountains that she loves, where she always enjoyed the natural world and wildlife that surrounded her.

When she found herself able to devote more time to her creative side by writing, she decided her dream of writing a book may finally be realized. She had the perfect subject matter in her beloved canine companions, E-Sup and Daza, and felt she owed it to them to tell the story of her life with them because of the love and many gifts they had shown her.

To write the story became her passion as she embarked on a very emotional journey through the days spent with them, wrapped in the close relationship that the three of them shared.