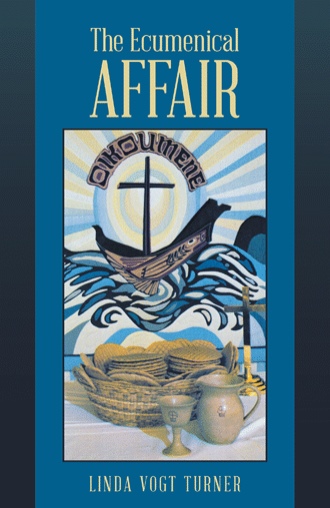 The Young Woman. Now middle-aged—now just the Woman—with short, cropped, tawny-brown hair, sits on a gold and green brocade sofa. On her lap is a best-seller she found at the church bookstore. Bold, parrot-green letters and a red circle on a gold mat atop a red leafy cover stare up at her.

She folds back the cover. Fans the pages. Stops. Creases it open—quarter way from the end.

“Are there any questions?” This question was asked by a Greek teacher, a philosopher and a legendary peacemaker … after a two-week Socratic symposium on Greek culture.

As participants rose to leave, Fulghum countered. “What is the meaning of life?”

Hungry to know more, the Woman turns the pages, adding bits from what she already knows:

The legendary philosopher is the general director of the academy dedicated to peace and reconciliation between Germans and Cretans who vowed they would never stop hating each other. The surrounding villagers are fishers, olive oil producers and yogurt makers. This village has a grave yard on top of a hill adjacent to the Academy. In these graves lay the bones of priests, nuns, farmers and fishers who dared to stop the invading Germans. The invaders were armed only with their side arms. The machine guns, ammunition and other weapons were air dropped in canisters. The invading soldiers were horrified to see nuns and priests, old people, and little children killing their comrades. On the opposite shore—in Maleme—is the graveyard of the slain Germans.

The Woman places the book on the cushion beside her. Open. Pages down. Rises. Goes over to the piano. Sees her face reflected in the mirror above the piano. Sees the backs of photos. Shifts her eyes forward to the gilded frames. Sees smiling faces. Blue eyes. Blond hair. German blood. Her children.

Returns to the sofa. Reads how the legendary philosopher, as a boy, found a mirror on the roadside belonging to a German motorcycle. It was broken into tiny bits. How he picked up the largest bit, smoothed her rough edges on a stone, played with her—shining the light she gleaned—into all sorts of places. How when he became an adult, he realized the meaning of his life was tied to that mirror.

The Woman closes the bestseller. Stares at the bold, parrot-green letters and red circle on the gold mat atop the red, leafy cover. Face radiant. Blue eyes bright. Creases it open to the seventh unnumbered page: “Imagination is stronger than knowledge … love is stronger than death.” A mystery here.

Right hand under left elbow. Thumb under chin. Digits curled. First index digit rubbing her lips. Continues reading the author’s note. Imagines: This story as a mirror on a fishing line … with a bait and hook—to help her “show and tell.”

Turns to page three and imagines the newspaper story told there is the bait. A juicy tidbit of gossip. It’s about a man rescued from a fire in an upstairs bedroom. When the fire responders ask, “How did it happen?” the Woman sees the Greek shrug, saying, “I don’t know. It was on fire when I lay down on it.”

“And then a friend, adding his two bits: ‘Why do you laugh? Change the name, and the story is told of you.’”

Affairs never just happen. When the Woman and the Man are found out, the obvious question is asked: how did it happen? A very Greek answer might be, “I don’t know. It was on fire when I lay down on it.”

The Ecumenical Affair is a creative nonfiction retelling of the gospel and the passionate encounter of the Woman and the Greek—a prominent theologian, philosopher, politician, and ecumenist. When the Woman opens a bestseller by the American author Robert Fulghum, she selects a passage three quarters through. The passage she reads compels her to turn back to the beginning. There, a juicy tidbit rivets her attention. It’s about a man rescued from a fire in an upstairs bedroom. When the fire responders ask, “How did it happen?” he replies, “I don’t know. It was on fire when I lay down on it.”

The Woman closes the book. Words in bold parrot green on a gold mat atop a red leafy cover stare up at her. A smile lights her face. She remembers her bold parrot-green chinos, her gold vest, the fire within her that July night in Vancouver. The Sixth Assembly of the World Council of Churches. Canberra. The Seventh Assembly. The colossal tent in the middle of a wide expanse. Five thousand worshippers. The Eucharist. The politics. That denied last supper. How the Greek and she stood far apart, back to back. The dialogue of St. Macarios and the skull. Consolation and hope.

Linda Vogt Turner is a lay writer and educator living in Metro Vancouver Canada where she was born and educated. Linda has written extensively on faith and justice themes. She completed her Master of Arts Degree at Simon Fraser University (SFU) in 2011. The title of her project is Mary Magdalene: Her image and relationship to Jesus. Full text is available online at http://summit.sfu.ca/item/12048.

Linda is a member of the United Church of Canada where she sings in the church choir, is a council member and lay presbytery delegate for Bethany-Newton United Church. She participated in the 6th Assembly of the World Council of Churches held in Vancouver during the summer of 1983.

In 1989, Linda travelled to Nicaragua. There, she witnessed the poverty and the political struggle of the Sandinista Government as Nicaragua recovered from the 1979 insurrection and the continued gorilla resistance of the Contras. Two years later, during the Gulf War, Linda participated in the 7th Assembly of the WCC in Canberra Australia. Inspired and responding to the 7th Assembly Call to Renew the Whole Creation, she returned home and enrolled in university to learn more about socio-economics, human systems, culture and politics.

Seventeen years later in June 2008, as an administrative assistant at SFU and a graduate student, Linda responded to the first ECOTHEE Call for Papers held at the Orthodox Academy of Crete (OAC) under the Auspices of the Ecumenical Patriarch to honour World Environment Day. Subsequently, Linda has been a co-organizer and moderator for the OAC-sponsored 2010 Conservation and Sustainable Use of Wild Plant Diversity conference, the ECOTHEE 11 and 13 conferences, the 2012 and 2014 Sustainable Alternatives to Poverty and Eco-Justice conferences in Crete and Madagascar. In 2012, she chaired the Inter-Ecothee Green the Scene Symposium held at Bethany-Newton United Church.

The Ecumenical Affair is about Linda’s love for the Gospel and her passion for Christian Unity. It is a true story full of passion and faith that asks the timeless question: Were Mary Magdalene and Jesus the Lovers Caught in Adultery?