The Unabridged Life of Yeshua son of Joseph from Galilee 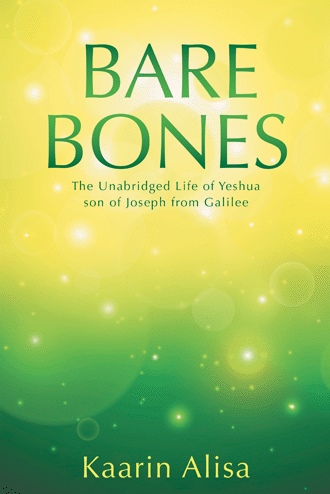 If I want for solace, I come here, to my rocking chair. Its simple construct, with gentle curves and well-worn armrests, envelopes me. This embrace mimics his embrace and he, of course, is my father, my Joseph. In the gentle support of the wood, I find strength, courage, and healing; all of which I need in regular and abundant doses.

I wish I could bring you here to my home where wounds are immediately salved, grief is replaced with joy, and love rules without contest. Many conspired to bring me here and it started a long time before I was born. Walking the path that enabled my life required courage and sacrifice from countless people. To each soul, I am grateful.

But none more so than Joseph. He has been marginalized in the annals of time; his perceived role reduced to that of a foster father who provided food and shelter, a mere smidgen of his true contribution. I had only fourteen short years to learn from him, to soak in his wisdom and his love. But that wisdom, that love, molded me more than all that came after. He was a leader, and as such a true follower. He led our people, our family, and he followed the call of our needs with his heart and soul born of reason and compassion. Many teachers followed in my life, and many experiences would discipline me, but of them all, Joseph was the finest. His lessons were basic and to this day, I call on them often: love without compromise, protect what is sacred, accept responsibility for your actions, contribute to life with goodness, and embrace that which is divine, in nature, in others, and in yourself.

Joseph's gentle manner was commanding and when he spoke, people listened. He chose his words carefully, as if like Torah, each precisely chosen word conveyed intrinsic value. But more than that, the cadence of his speech would touch your ear in a way that made you want to listen more carefully as well.

As each day begins anew, I start my communion with my Creator in the same way I have since this life began. I ask to be humble enough to see my mistakes and courageous enough to correct them. This I learned from Joseph, too.

Then, of course, there was my mother, Mary, who shouldn't be forgotten, not that anyone could. She was unforgettable. Mary wore her soul like most women wear clothes. She oozed love; not sappy love, but unconditional love channeled straight from her Creator. She was tough when she needed to be, strong when circumstances required it, and focused like a laser when her mind was set.

She was a woman of few words, knowing her actions spoke more eloquently than her voice ever could. She was educated, poised, and resolute. As her son, her first-born, I never saw her faith falter. Not even during and immediately following the time of my physical persecution was she anything other than a pillar of strength and divine acceptance.

She was however, deeply affected by the occurrences of her life. Never did a tear flow that it didn't prompt her compassion. Never did a wound bleed that she didn't reach to soothe it. And never did a loved one die that her heart didn't burn into ash and have to find some way to rise again like a phoenix to continue to the next day.

These two remarkable people were my parents.

And there were others, family and community members that I remember with great love: uncles, aunts, cousins, community elders, farmhands, workers, and friends of all sorts. It was a rich community of people around me, but who was I to them? I don't know. I could recount what they said, or how they acted in my presence, but to the person, I don't recall anyone sitting me down and telling me what they thought of me.

I was obviously different from other children. I was taller in stature than other boys, and I was highly precocious.

When I turned two years old, my parent's made a change in the sleeping arrangements of our home. Where there had been two beds and a cradle in my parent's room, now there was only one bed, and instead of sleeping in the cradle, I moved to another room.

The family grew rapidly after that. Before I could turn three, my brother James was born, and by five, my sister Ruth joined us. Jude came to the family the year after that and Sarah was born two years later.

Little Shelah, small and fragile, was born two years after Sarah. Unfortunately, her health never held strong and she died well before her majority, after I left home for my studies in the east.

Having all these siblings made for a lively household. The sound of children seemed ever-present in my young life. There was always someone with whom to share an adventure, or to tease, or to discover a truth about life. Sometimes those truths came with laughter, sometimes with tears, but always with love.

When I was three, my only living Grandparent, Anne, died, but I fondly remember her face. Wrinkled and filled with solemnity most of the time, my heart would burst with joy when, upon seeing me, her eyes lit up and her mouth unfolded into a wide smile. She loved me and I her.

James, being closest to my age, and being a boy, was my fondest companion. I never made a better friend than James. He was intelligent, but due to being two years younger, he could never catch up to me. It started a competition that lasted until I left home. He was ever vigilant to do me one better if he could. Truthfully, there were plenty of things James did better than I and if he'd spent more time uplifting his own talents, than trying to outdo mine, he would've had a smoother childhood. …

Known to many as Jesus, Bare Bones is a first-person account of the first forty years of Yeshua’s life that reads like a riveting adventure novel. This is Yeshua’s story—full of deep humanity and passion—as revealed to Kaarin Alisa through her lifelong conversations with him.

Yeshua lived in turbulent times, and enemies stalked him from the day he was born. This is Yeshua’s life as he recalls it, without the shroud of religious constructs, popular myth, or dogma overshadowing his story. Relinquish what you think you know about this man in favor of a richer, more compelling truth—of who he is, how he lived, why he did what he did, and what he is doing today. Learn how Yeshua suggests people can propel their lives toward healing, love, and cohesiveness. He doesn’t offer himself as a savior; rather he assures us we are divine beings too, and he promises to reveal to you how it feels to be loved beyond measure.

Bestselling author Kaarin Alisa is a catalyst for spiritual growth and personal transformation. She has honed her abilities as a change agent in the metaphysical and energetic arts for more than forty years, practicing as a spiritual adviser, clinical hypnotherapist, teacher, and energy practitioner. She has helped people from all walks of life realign to their highest truth, so they are better able to pursue their dreams and ambitions.

Known to many as Jesus, Kaarin began her relationship with Yeshua as a child, and over the years she has fostered the ability to interact and collaborate with him through both her own personal development and her work with others seeking guidance.

A sought-after speaker, Kaarin offers tele-seminars, workshops, and private sessions by appointment. For more information about Kaarin and links to her other books and projects, go to: http://kaarinalisa.com