A Second Chance Story: Providing a Simple Path to Improving Your Relationships, Career, and Life 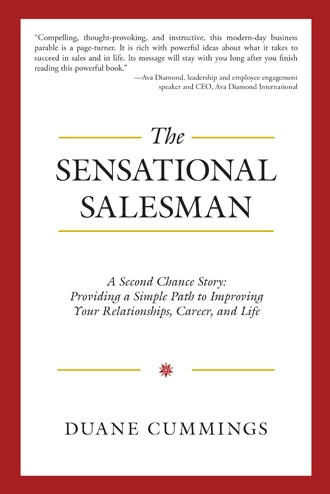 Victor stopped again, staring out at the field of tulips. “Did you know that at one time in history, tulips were more valuable than gold or silver?” Thomas was intrigued. “I can’t say that I have ever heard that.” Victor reached down to smell a flower. “That seems ludicrous now, but it’s true. The fact is, most people value the wrong things. They care too much about material things. And like those tulips, the value can change in an instant.” He shook his head in disgust. “In reality, people are the most valuable items on the face of the earth, and that’s a belief we hold dearly.” He moved on down the path. “Of course, value is all about perception, and perceptions change like the wind.” He watched as the flowers swayed in the breeze. “Look at precious metals, or how a new car depreciates the minute you drive it off the lot, or the almighty dollar: those values are in a constant state of change.” Thomas was totally engaged now. “I guess I would agree that people hold the highest value.” Victor stopped. “You guess? That means you are torn. It means your belief system isn’t set on this topic yet. So what are the most valuable items on the face of the earth?” He began to wave his hands. “Most people would respond with gold, diamonds, or even oil. The truth is, without humans to put a value on those things, they are worthless. Have you ever seen an animal trading gold, wearing a diamond, or using oil? Didn’t think so. Humans are the greatest miracle. They have the most potential, and therefore the highest value to our organization—at least that’s what we believe.” The two men walked toward the exit. Victor continued, “So, who can take natural resources, raw materials, or an idea and make something of it? The intangible aspects of a person, like their heart, determination, creativity, imagination, and a long list of other attributes, are why we believe our team members are the most valuable assets in our company. But if a person believes that their happiness comes from material things and people bring them pain, then their belief system will be in contrast with ours. To add to that idea, we also believe people have different values. If you were on a deserted island with six people and one was a doctor and the other five needed surgery to live, who do you feel is most valuable at the time?” “The doctor would be most important for sure.” “But remember, I said the value of people can change quickly. Let’s take the same deserted island, but no one needs surgery, and the doctor was the only one who didn’t have the skills to start a fire, hunt, fish, collect water, or build a shelter. Do you think he would still be the most valuable?” Thomas joked, “I think he would be voted off the island.” Victor chuckled. “So, hopefully you see why we believe a person who is versatile, adaptable, and has the willingness to evolve is the kind of team member who will help us continue our success. If everything works out and you complete the entire course of study with us, you’ll be introduced to many different ways of doing things. You may already believe you are proficient in those areas. A lot of people think they know it all. But, regarding you specifically, if you were successful using your own methods and beliefs, then how did you ruin your life so totally and completely?” 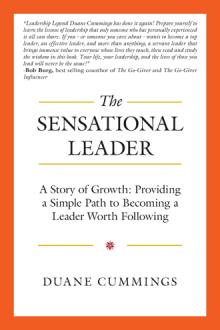 Lots of books claim they will change your life, but they rarely give you a map to follow. If you have been searching for answers about how to improve your current situation, look no further. The Sensational Salesman serves as a must-have manual for achieving success in business and life. The insights in this story are rarely taught in formal education settings or the workplace, but they are fundamental to achieving lifelong happiness and fulfillment. This is the inspiring parable of Thomas Frickle, a young salesman whose life quickly unravels, only to be put back on course thanks to the help of mentors who teach him crucial lessons. It is entertaining and easy to follow. With lessons on topics such as relationships, communication, and goal setting, this story will provide you with a step-by-step blueprint for how to achieve the personal and professional success you desire and deserve. Even the most educated mind will be enlightened by the way the key building blocks needed for success in all aspects of your life are presented here. Each chapter reveals a new lesson, building on the previous one and utilizing real world examples that you can begin applying immediately. This is a timeless story and a valuable book for young and old alike.

Duane Cummings is a trusted advisor to organizations and individuals around the world regarding professional and personal development. He is an entrepreneur, coach, and consultant who speaks regularly about teamwork, leadership, communication, sales, and finding your purpose. He spends a great deal of time mentoring others and serving the needs of several nonprofit organizations. Duane and his wife, Kim, have two sons, Matthew and Christopher.