THE LAMB OF GOD

Understanding the revelation of Jesus victory for us. 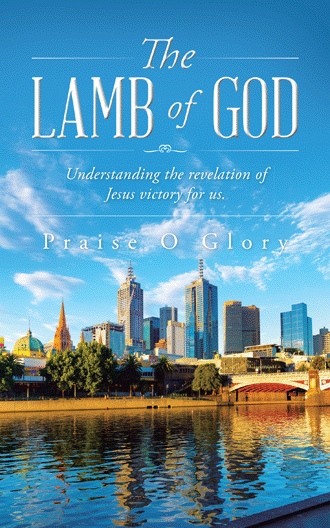 As Disciples of Christ we are called to understand the mysteries of God which are the “secret things” God has promised to reveal to us who are His disciples, as part of our inheritance in Him. We must then not be satisfied with a shallow life. To know and understand the mystery of God we must seek to know God, when we know our God we would be strong and do exploit. Before His ascension,Jesus said to His disciples: “I still have many things to say to you, but you cannot bear them now, however, when He, the Spirit of truth, has come, He will guide you into all truth; for He will not speak on His own authority, but whatever He hears He will speak; and He will tell you things to come.” John 16: 12-13. Many years have gone by since the fulfilment of the promise of the Father for an outpouring of the Holy Spirit, Who is to reveal to us secret things and lead us into all truth. Yet, the Church appears to be in the dark, as many disciples become weary and discouraged because they are unable to lay hold of those things that have been promised. Many simply lack understanding of the deep things of God. As long as an heir remains a child, his inheritance is in the care of a guardian, until the heir is matured enough to take charge. Maturity in the things of God is not about age, it is about learning and becoming like Christ. The Church needs to present Christ to the world by the demonstration of His power, but only few believers are truly living up to God’s expectation for their lives. As a result, creation continues to groan; “For the earnest expectation of the creation eagerly waits for the revealing of the sons of God.” Romans 8:19. The Holy Spirit is calling the Church to arise and tap into the secret things of God so as to deliver this decaying world. To discover the deeper things of God for your life and ministry, you must first discover your place of assignment and assume a deeper level of commitment in the things of God. The deeper things of God remain hidden because they are of great value and come at great cost. You will agree that any possessions of value come at a cost. It is only by walking closely with the Holy Spirit, that we can find those hidden things of God. “But as it is written ,Eye has not seen, nor ear heard, nor have entered into the heart of man the things which God has prepared for those who love Him. But God has revealed them to us through His Spirit. For the Spirit searches all things, yes, the deep things of God.” 1 Corinthians 2:9-10 Daniel was a Hebrew child taken captive by the Babylonians, and made to serve under an ungodly king. When the king needed someone to interpret his troubling dream, Daniel knew he had a part to play, not just to save his own life, but to preserve the lives of others as well. He was confident that God would make known the mystery unto him. He declared later to his generation in Daniel 2:22 “He reveals deep and secret things; He knows what is in the darkness, and light dwells with Him.” As believers, we are meant to be solutions to problems around us rather than being preoccupied with issues which are capable of hampering our being solutions. It is time to wake up! Look around you and you may realise that the issues troubling you the most are those which you were born to conquer and to help others conquer. The devil knows you have the solution to that problem but will try everything and anything, to frustrate your effort to become the solution. That thing giving you the greatest challenge of your life may be the reason you are born. Moses was called to lead the people of Israel out of Egypt. His weakness was soon revealed after his calling. However, that was not an indication that he is unsuitable for what God has called him to be- a deliverer. God never calls the perfect, He perfects those He calls. Those Moses was called to deliver questioned his authority over them; “Who made you a judge over us…?” Exodus 2:14. The Bible records that Moses not only became a judge over Israel but also a deliverer, just as God had purposed. What problem has risen up to challenge your God? You might be part of the solution to that problem. After Moses turned aside to see the mystery of the burning bush, God showed him another mystery about the rod he had carried around for so many years. It became an instrument for extraordinary deliverance. The rod eventually swallowed up the rod of the oppression used by the enemy. Why not turn aside to behold that which God is doing (just like Moses, who said, I will now turn to aside to see this great sight…) so God can show you mysteries?

The Lamb of God represents Jesus slain for us on the cross. Jesus’ death redeemed the dominion lost by Adam. Through his death and resurrection, the believers on Earth will rule and reign in such a way that they will become praise on Earth. The seven horns on the Lamb of God are emblems of all power given to Christians. We could be creative in our approach to warfare with these horns of the devil, which scatter anything that brings praise to God. You have to acknowledge and understand unsearchable riches we have in Christ. The tough times must be viewed as times that can lead us to our God-given purpose in life, instead of backing away from the battle of our destiny. You were born for a cause; understand this, stand, and uphold your cause. This is the only way you can be fulfilled in life. God is waiting for a generational army that will rise up in power and save nations. You are called personally to walk with God in that army. The key is understanding the victory of Jesus for you.

In The Lamb of God, Praise O. Glory shares her personal experience and thoughts with you. Praise’s book may encourage you to understand how your “deep darkened valley” can be miraculously turned into a “striking well of springs of refreshing water” as you learn to see things from God’s heavenly perspective by walking with the Holy Spirit.

Praise O. Glory is a medical scientist by profession and an intercessor called to the body of Christ. She is happily married to Ola, with two beautiful girls: Grace and Beauty. Her passion is to see Christians being militant at the face of all opposition of the demonic forces of darkness and actively pursuing the higher call of God. She lives with her family in Australia.