You Were Born To Shine 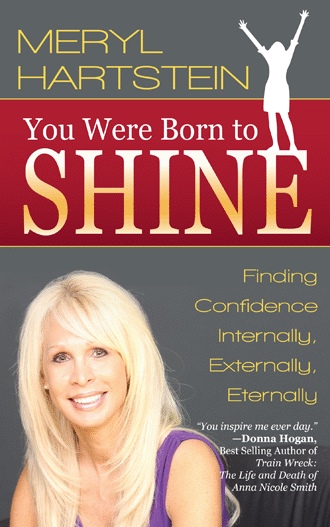 My first marriage had many negative effects on my life. There is nothing pleasant about being married to an alcoholic. It starts to wear down your self- esteem, your trust, your happiness and lastly your spirit. You keep hoping that next time it will be different. I had endured the ugliness that comes along living with a drunk. I would wake up in the morning and find strange men sleeping on my couch. My husband would throw up on the floor during the night and blame it on the dog. He would even pee in the garbage or sink and think it was the toilet.

The abuse started early on in our relationship. The first time I noticed something was off was after we were out with friends having drinks. I watched as he kept ordering more and more when everyone else was making their last ones last. The personality change was very apparent to me. It was something out of Dr. Jekyll and Mr. Hyde. His facial features would start to look different. The tone in his voice was loud and gruff. He began to use aggressive gestures with his hands as he spoke.

The first night he showed any signs of violence was when during the night I nudged him to let him know that he was snoring. He had heard me and said “shut up, I’m sleeping”. I heard his footsteps follow me into the bathroom and he pushed me onto the hard tiled floor. He then grabbed my nightgown so hard that it ripped and cut into my arm. He shoved his face into mine and told me to never wake him up again. The anger welled up inside of me like a hot volcano. Then the tears starting to flow.

The next time was on a trip to Acapulco, Mexico. We had met three other couples at the pool of our hotel. One night we had dinner out with them and went to a disco club. I wanted to dance and he hated dancing. I danced with the girls while the husbands watched. I could see his face change even from the distance of the dance floor. His quiet tone was apparent when I returned to the table. Not a word was spoken until the door of our hotel room closed. He started to yell in my face and I became defensive. He thought I had betrayed him by dancing without him. That’s when I could feel his hand smack into my mouth and the searing pain of his pinky ring dig into my lip. That was the first feeling of fear that I had felt being married to him. I had stayed quiet. The next morning I declined breakfast with the other couples out of the embarrassment of being seen with a bruised fat lip.

The last time I allowed myself to be a victim to his violence was when he had come home drunk after work and wanted more money so he could go out and drink some more. I wouldn’t give him any and he knew I was hiding it. He pushed me up against the wall and put his hands to my throat and squeezed so tight that I thought I was going to pass out on the floor. I told him where the money was and he left. That night I called his parents and told them what had happened. I was sick of making excuses for him and hiding his sick secrets. The next day I packed up myself and my baby and left to live at my parent’s house.

Not long after that he had gotten his third DUI and was ordered to go into a rehab for 21 days. I would go visit him with the baby. Back in those days almost thirty years ago, rehabs were part of state mental hospitals. It was dirty, scary and not fit for a child. I refused to go back with her.

He tried sweet talking me into moving back with him now that he was sober. A part of me wanted to too but I was skeptical. One morning after he was out of rehab and living back at his parent’s house I went over early in the morning to surprise him. He wasn’t there. He never came home that night. I went into his room and found a picture of him with a girl on his lap. I knew then that it was over. My heart sank. All the plans I had for a future together as a family were gone in that instant. The hard shell that would surround my heart had taken effect that very moment. I was finally done.

Fear is something that can become crippling and hard to overcome. You have to practice bravery to overcome fear. Fear of failure, fear of success, and fear of change are all common fears. Fear of failure can result in giving up on trying, staying stagnant rather than trying and failing. The key is to embrace failure as a learning tool, to understand it rather than fear it. So what if you fail, so what if you aren’t as good as the next person at something? It doesn’t make you any less of a person. If anything, it will make you better, stronger and wiser. This is where practicing bravery is needed.

You become brave when you take chances, even when you know you might not succeed and others might shun you. You have to be brave to suffer failure. My baby and I had a one-bedroom apartment. She had the bedroom and I had a cot. We had roaches, but sleeping on that cot for a year, holding a spatula for protection, gave me a feeling of power. We were safe, happy and together. I learned you have to allow people to their own misconceptions, hold your head up high, and not let yourself be destroyed.

You must show your bravery to others, so that they, too, can learn the truth about you. You help others become strong when they hold you as a role model. Your children, in particular, need to see you as brave so that they will not grow up weak and fearful.

To be brave is to be strong and to be strong is to be confident. It comes with a fair amount of discomfort at first. Have you, though, noticed how strong you feel after being brave? You feel like you can conquer the world. This is the reward of daring to be successful.

Overcoming obstacles is another way to open the door to confidence opportunities. One obstacle is the same fear we bear when we make a mistake or when we are accused of some wrongdoing. We can be blamed because of someone else’s need to exempt themselves from their own wrongdoing or failures. You might know this as “passing the buck.” If you discover that you have a hard time overcoming this and other types of negativity in your life, you may need to change the way you handle strife.

This is an opportunity to make an effective change in your life. Rather than suffer from strife, meet it head on and make whatever changes you need to make in order to overcome rather than allow defeat. Achieving successful change inevitably means overcoming obstacles, so the two go hand in hand.

What stops us from effectively changing is the way we handle negativity around us. Because negativity never ceases, we must learn how to deal with it in a way that leaves us better than before. This is how the challenge of overcoming obstacles presents an opportunity. Remember that a day well lived makes every yesterday a dream of happiness and every tomorrow a vision of hope.

It is a myth that older people are stuck in their ways and not capable of change. We are all capable of change at any age. It may be harder for some, regardless of age or preconditioning. The fact is, we are all afraid of failure. It’s a natural instinct.

“If you’re never scared or embarrassed or hurt, it means you never take any chances,” American novelist Julia Sorel said once. “The idea is to learn how to overcome the obstacle of fear.” Remember the words of former U.S. President Franklin Roosevelt: “The only thing to fear is fear itself.”

After dealing with abuse, divorce, cancer, a daughter’s addiction, and a special needs grandchild, author Meryl Hartstein has discovered how to live a life of positivity. By learning to be confident internally, externally, and eternally, your life will be based on knowing your self-worth and never accepting anything less than you deserve!

Meryl Hartstein is a strategic life and confidence coach, writer, guest speaker, and founder of Bounce Back Women, a nonprofit foundation. Meryl’s extensive knowledge and expertise in the field of coaching and writing has inspired many to reach success in their careers and personal lives. Meryl has overcome more adversity in her life than most people ever will in a lifetime. Her formula for a fulfilled life starts with passion and compassion, followed by gratitude and knowing self-worth. She has worked as an actress, spokesperson, and writer. As an educator, she has traveled throughout America inspiring women and teaching them to feel confident and beautiful within themselves. She is presently working on her next book Bounce Back Women. This is a compilation of stories given to Meryl based on six questions which she had asked them. Many famous, strong women, will share their intimate stories of survival and inspiration.