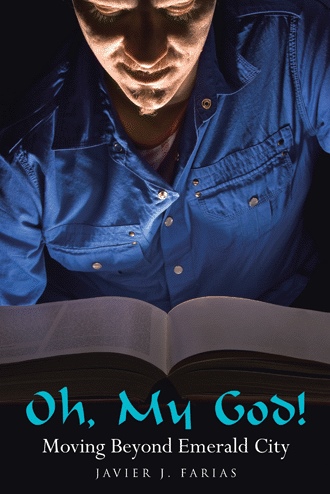 Introduction (excerpts) Since, in all likelihood, you are not familiar with my original book, Spiritual Symbolism in the Wizard of Oz: The soul’s Journey on the Golden Path, I will provide a brief overview/synopsis of the message I tried to convey. It was my fervent hope that it would jar the awareness of as many as possible to the notion that the MGM film, The Wizard of Oz was intended to be a powerful wake-up call to all of humanity. Because the film seems to hold such awe and fascination for almost everyone on earth, I hoped people would take a closer look at my suggestion that the film has a strong underlying symbolism pertaining to the journey and evolution of the human soul.

Unfortunately, the message I had intended to get across was either misunderstood or simply ignored by most. Additionally, it is very probable that the gist of my message also offended most who read it. The main issue was apparently in my assertion that the “Emerald City” represents the Catholic Church and that the false wizard who was hiding behind those green curtains represents the false god of our Old Testament.

Yes, you read that right. The message I intended to get across was that we have for a very long time accepted a false god which has been sold to us by a false “Church.” Now I must say that practically no one openly confronted me about that but it was also evident that they did not agree with my position on the matter. At first, I just assumed that they had decided I was completely off my rocker so there was just no point in arguing with me.

Eventually, however, I came to realize that it is only natural that most people would turn a deaf ear to my message. The very notion that they, and practically all of the human race, had somehow overlooked something so fundamentally flawed as I suggested was too much to even consider. After all, the vast majority of people readily and sincerely accept the notion that everything we’ve been told about “God” by our parents, clergy, school teachers and practically all authority figures we’ve ever met, is absolutely true. If it weren’t so, surely somebody would have figured it out by now. They can’t all be wrong, can they? Come to think of it, that is the reason it is always safe to just follow the crowd – you know, like sheep.

So, in this book, I hope to expand upon and clarify the admittedly outlandish statements I made in that book. And I will do so by simply emphasizing the corroborating evidence which is clearly and plainly found throughout the pages of The Holy Bible – the most sacred scripture of much of the world’s religious faithful. In essence, it is evident, to me at least, that the vast majority of those who consider themselves pious, devout followers of any of the Old Testament based religions have practically no idea of what is in the pages of their most “sacred” text. And this is largely because of the fact that church sermons are always based upon a few verses taken out of context – and sometimes partial verses at that. So my main aim will be to point out just what the bible itself says about “their” god.

Conclusion In my book on the spiritual symbolism of the wizard of Oz story, I commented that as Dorothy started walking along the Yellow Brick Road, she left Munchkin City behind and stepped onto “the path.” That path is a metaphor for the scary, often lonesome journey taken by those who prefer on learn their own “truth” instead of merely accepting everyone else’s version. Although she knew she would be on her own as she left the safety and security of Munchkin City behind, she walked bravely on without hesitation.

A very solid majority of people are quite content to just “go along” with the consensus view of the prevailing conventional “wisdom” - the wisdom that says “Don’t be silly! Everybody believes our wizard is wonderful and everybody can’t be wrong.”

A few, however, do manage to march as far as the imposing doors of Emerald City, only to be turned away by a condescending Gatekeeper. So it is a rare one indeed who not only notices “something amiss” behind the curtain but also finds the courage to pull it back.

What follows now may be the single most disturbing verse in all of Scripture. It directly spills the proverbial beans about who our own “Wizard” is – and I don’t think you’re gonna like it. That verse is in 2 Corinthians (4:4) and is probably one of the most under-recognized verses, in terms of its significance to everything we believe about “God.” Now, in most translations, the verse is pretty innocuous. In the NIV, it reads simply; “The god of this age has blinded the minds of unbelievers so that they cannot see the light of the gospel…” In other translations, the verse reads; “the god of this world” or something very similar.

It is in The Living Bible, however, that we might react with surprise and dismay - especially those who make their living from the business of religion. There the verse reads this way; “Satan, who is the god of this evil world, has made him [the unbeliever] blind, unable to see the glorious light of the Gospel…”

After thousands of years of allowing ourselves to be manipulated into killing each other in the name of one “god” or another, the time has come for us to at least begin to wake up from the poppy fields of superstition and childish gullibility. Having read this far, no one can continue to claim ignorance of the plain truth of the nature and character of the “god” of this world.

This book is a follow-up to the author’s previous one which revealed the underlying, but veiled, symbolism in the Wizard of Oz. His suggestion regarding the connection between Emerald City and the Catholic Church was not well received. Even more objectionable to many was his assertion that the powerless phony wizard, that “Whiz of a wiz,” is a direct analogy to the God of the Old Testament.

These chapters will serve as a guided tour of the “spiritual nooks and crannies” of Holy Scripture. These nooks have been carefully ignored and side-stepped by theologians for a very long time. Those willing to start from a spiritual blank slate and step forward with an open mind will be shocked to their core by what they discover in the many never discussed nooks.

While many have claimed to reveal the “secrets” of the Mother Church, you will find here that her biggest secrets have been hidden in plain sight all along. Reassessing our most fundamental assumptions about our deepest and longest cherished core beliefs requires real courage and even a willingness to endure ridicule. When Dorothy pulled back the green curtain, she was changed forever – for the better. It is the author’s sincere belief that everyone who walks the Yellow Brick Road (i.e. the Spiritual Path) must eventually summon the courage to look behind the mysterious veil that separates us from our real world wizard.

Most of what follows is not pleasant or easy reading but all of it comes right out of the pages of Holy Scripture itself.

Javier J. Farias had some college and a Catholic upbringing but, fortunately, not enough of either to do any permanent damage. Thanks to his own awakening from the poppy fields of conventional dogma and a willingness to take a fresh, unbiased re-examination of “Holy Scripture,” he is now a fully recovered Catholic with only the occasional flashback to Sunday school lessons. With or without impressive credentials, his words will stand on their own merit or not.