The Visible Kingdom of God

The Song of Noah 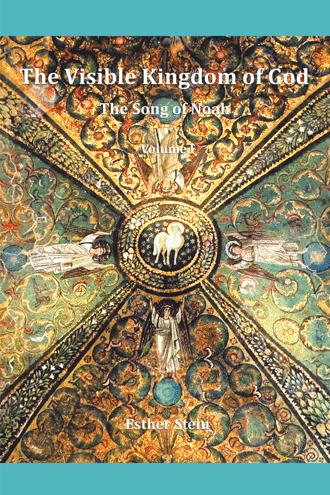 The sacred texts of India tell of four yugas (ages) with decreasing lengths of years that end in a Mahapralaya, a total dissolution of the cosmos. The first and best was the Krita-yuga, from kri (to make). Also called Satya (real, true), only one god was worshiped, and dharma (righteousness) walked on four legs. Human beings were healthy, virtuous, and prosperous, In the Satya yuga, the people were very happy. There were no inferiors or superiors. Everyone was equal. The climate was not hot or cold. There was no hatred or jealousy. Hunger and thirst were unknown. The earth yielded a vast supply of juices and mankind enjoyed living on this. There was no need to build houses, because no one needed protection from the elements or each other. People lived on the beaches. There was no concept of sin (papa) and merit (punya). (The Linga Purana) In his Laws, the Greek philosopher Plato praised the former happy life of humankind: In the primeval world, and a long while before the cities came into being, whose settlements we have described, there is said to have been in the time of Cronos a blessed rule and life, of which the best-ordered of existing states is a copy. (“Laws” trans. Benjamin Jowett) And in The Statesman: And there was no violence among them, or war, or devouring of one another. Their life was spontaneous, because in those days God ruled over man; and he was to man what man is now to the animals. Under his government there were no estates, or private possessions, or families; but the earth produced a sufficiency of all things, and men were born out of the earth, having no traditions of the past; and as the temperature of the seasons was mild, they took no thought for raiment, and had no beds, but lived and dwelt in the open air. Such was the age of Cronos, and the age of Zeus is our own. (“The Statesman” trans. Benjamin Jowett) Persian cosmic history is a battleground between good and evil divided into four eras of three thousand years each. The first two were concerned with creation. In the third, “The wills of the uncreated Creator and Ahriman (the devil) are mixed in the world.” It is the fourth era that is subdivided into four ages associated with metals: gold, silver, steel, and iron. Each was a step downward materially and morally. The last age is the time when evil will assault the world with renewed strength. The Zend Avesta speaks of Yima the Splendid (Old Persian Yima Xsaeta). He sat on a throne as bright as the sun at the pole of the heavens. He was the good shepherd, the father of the human race. Peace and plenty characterized his thousand-year reign. Demons, untruth, hunger, sickness, and death were unknown. There was “neither cold nor heat, old age nor death, nor envy.” The sole possessor of the sun’s eye, Yima had the power to make human beings and animals immortal and keep the waters and plants from drying up. His New Year feast, Nauroz, is a time for gift giving. The pro prototype of all kings, his reign ended in a great cataclysm. In the Americas, we find similar accounts. The Navajo or Diné people of the American Southwest describe a series of four worlds. The first was “the Age of Beginnings,” or “the Blessing Way,” which ended in a great flood. The Hopi describe four declining worlds symbolized by gold, silver, copper, and mixed metals. The first world, Tokpela, was yellow, and its mineral was gold. The people of this time were pure and happy, living in harmony with the animals. They enjoyed an abundant water supply and plentiful corn. Similarly, the Indians of the central Andes speak of world ages ending in cataclysms (pachakuti). The Aztecs called their ages “suns.” Each was assigned to one of the four directions and elements: earth, wind, fire, and water, and ends with its extinction. At the close of the last sun, Nahui-atl (four water), the sky flooded the earth. One man, Tezpi, and his family and animals escaped after being warned to build a vessel out of a hollowed-out cypress. After the rain stopped, Tezpi sent out a vulture, which failed to return on account of the many floating corpses. He then sent out a hummingbird, which returned with a leafy branch.

As Noah and his family repopulated the earth, they passed on fascinating details of life before the Flood. These parallel the book of Genesis but diverge after Babel. Read these amazingly similar accounts from every part of the world. See how this informs your study of the Bible.

History has always been my favorite subject. Reading what the ancient historians have said about the Golden Age is endlessly fascinating to me. I wondered what special circumstances brought this glorious age about. What I found out after years of research both shocked and delighted me. Not only that, it changed my outlook on life forever.