The Wonder of You 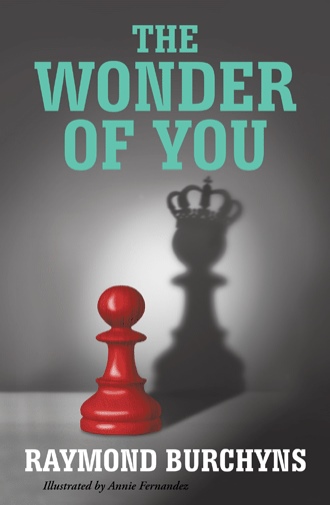 This book grew out of a toast I offered at my oldest daughter’s wedding not so very long ago. She had passed through the trauma of a sad divorce and emerged on the other side safely. She found a wonderful fellow, they fell in love, and completed one another.

When I rose to offer the toast I wanted to convey how tenacious love is, especially if you just let it take hold of your life. I thought back over the years of my marriage to my wife, Priscilla, and simply wanted them to know that if they held on to each other, made each day interesting, warm, funny, and a matter of togetherness there would be no way they could be other than wildly happy and hugely successful.

While I spoke images of my marriage seemed to take over and form the words. I wanted them to know that marriage is not hard work, not really, as long as there are willing hands to make the work light. From experience I knew that there would be times, in my case, many, many, and one more many, times when foolishness would overcome the best of intentions causing smiles to tighten. Tighten, but never disappear.

Foolishness, in my case, occurred with static regularity. Priscilla came to refer to them as my antics, although, to be fair, sometimes I was just an unwilling participant in whatever silliness went careening down life’s highway. I wanted them to know that a smile and a kind and gentle understanding frame of mind was a cure all to the ills occasioned by unexpected bends, turns and valleys which would sometimes disrupt their happy trip.

I pointed out some of those burps which popped out of me from time to time. They remembered each of them without much prompting. Of course they would. I was their version of Ralph Kramden and Priscilla was the ever patient Alice. They watched as kids, and still watch, as I am led to safety from each rooftop, metaphorically speaking, I find myself leaning over, Priscilla’s strong hand tightly clutching whichever of my ears was closest at hand.

They smiled at the remembrance of my failing to listen to Priscilla when she reminded me to get gas before I left with my youngest, driving from the Hartford, Connecticut area back to Nashua, N.H. with my daughter, in the full bloom of Chicken Pox, lying in the back seat of the car. I told her not to be concerned as the gauge showed half full. Of course I was looking at the temperature gauge which was registering normal. Twenty miles on our way, the gas gave out. My daughter could only shake her head—she had been there with me before.

They laughed at the picture of me standing in the middle of a very popular restaurant, my pants about my ankles. Worse yet, I have reached the age between jockey underwear and depends. I believe it is referred to as the commando mode of dress. In any event Priscilla finds it, well, unattractive.

I had been on a serious weight loss program and had lost well over fifty pounds. The pants were loose. I didn’t want to buy new clothes as I was still losing, actually shedding is more the term to be used here, and so chose suspenders to hold up the pants. But I forgot to wear them around my shoulders with the result that, as I walked toward the table, my pants fell to the floor.

Imagine waking up each day with an identity, a home, and a purpose in life. Now imagine that in the space of a short, impersonal judicial hearing, your identity as a father, husband, neighbor, and breadwinner are torn away, and you are left to wander among the wreckage of your life.

As chaos surrounds you, you become painfully aware that you now have to begin all over. Friendships need to be developed. Relationships with your children need to be reset and redrawn. The new everyday normal is anything but. Your spirit needs to heal, to be recharged. Trust, hope, and the willingness to open oneself to a second chance at love and fulfillment must find their way through the hurt.

Follow the narrator as he details his struggle with divorce, loss, and the tug of his heart; straining to open itself to a new and loving relationship against the fear of loss again. Journey into his past, and see how the lessons he learned early in life have impacted him in ways he could never have imagined. Take a front-row seat as one man finds a sure path to happiness and a fulfilling life within the framework of a mended family fence.

Raymond Burchyns, graduate of John Carroll University, is currently retired and lives with his wife of twenty-eight years in southern Maine. Through the years, he held the following professional titles: elementary school teacher, IRS field officer, and business owner. He has two children and five grandchildren.