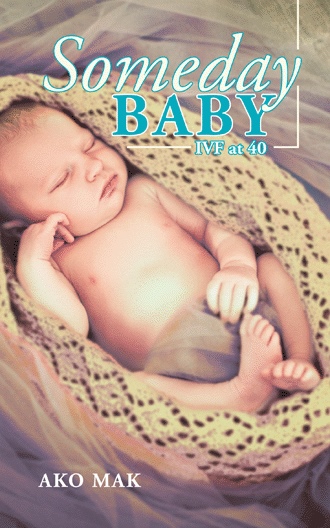 Almost two years have passed since Aiko Foster resigned from her fast-paced career in Tokyo and migrated to Melbourne with her Australian husband, Rupert, to start a family. When her thirty ninth birthday comes and goes, Aiko obsesses about getting pregnant as she watches her temperature rise and fall like a day trader reading stock prices. While trying hard, Aiko fears her opportunities to have a baby may be running out.

After the couple is diagnosed with infertility, they start a roller coaster emotional journey through several in vitro fertilization treatments while Aiko struggles with her age, cultural differences, and in-law troubles. When Aiko finally becomes pregnant, she is beyond thrilled. But her dream quickly transforms into a nightmare. Nevertheless, Aiko’s journey to build a family continues in unexpected and mystic ways.

In this poignant novel, an ex-career woman embarks on a cross-cultural quest for a baby where she comes to realize that there is something to life beyond this physical world.

Ako Mak is a Japanese writer who earned a graduate diploma in Writing. While attempting IVF and adoption, she experienced life-changing mysterious events that inspired her to write her first novel. Ako lives in Melbourne, Australia, with her husband, two children, and dogs.