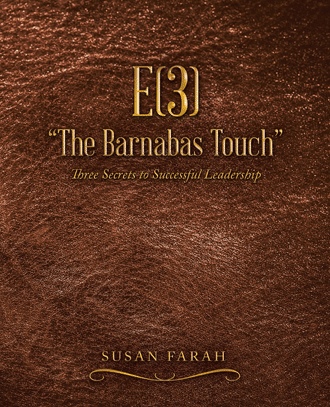 Whether you are a first-time leader or a seasoned one, you will only be successful if you “lead for success” and to do that you must have the ability to connect to the “whom” you are expected to lead. And if you are to connect with them you not only need to know about them, but you must know them.
Let me give you an example from my own leadership experiences, my bag of “resume builders”.
About ten years ago I was hired to head-up a small case management office with seven employees and a caseload of 200 clients. We were one of twelve offices spread throughout the state. At the time I joined we were 12th in documentation compliance, 12th in census growth, 12th in fiscal management and the #1 problem-child they had - due to revolving-door management and various other issues. In less than two years we moved that office from 12th to 2nd and #1 in respect from our superiors.
How you ask?
All of them, the string of temporary administrators and “fixers”, had focused on the problems not the potentials, a no-win, lose-lose situation.
But by initiating one change; “focusing on the potentials not the problems” it then became a win-win situation. We became a “winning” operating machine. This is how we did it.
I asked the employees.
It was as simple as that.
I had never worked in the case management field before, I didn’t know these people from Adam and I was walking into a hostile, frustrated and sometimes volatile environment. But - the one thing I did know - is that, ”I didn’t know anything”.
And that was exactly how I needed to come across to the staff. Not as the know-it-all who was going to “fix” them but as a concerned person in a management position who had the power to make a change, make a difference and “give them a voice”.
The voice is what they wanted – it’s what they needed – in fact, it’s all they needed!
Before that first day when I would be walking through the doors, I prepared myself. I imagined myself as one of those employees – not knowing who would be walking through that door, friend or foe. Not knowing if that person would fire them all or maybe just a few. But either way, “We’ll have our guard up… we’ll be on the defensive”.
And they were. And I knew they would be.
Be prepared!
Next, I prepared a short list of six questions:
Tell me little bit about your self.
How long have you worked here?
Tell me one good thing about this office.
Tell me one bad thing/one thing that needs to change in this office.
If I had the power to change one thing what would you want it to be?
What do you want for your future and how can I help you get there?

And lastly, I really thought about what I was going to wear, the presence and demeanor I wanted to project, what items I would bring with me and which part of my “leader personality” would lead “me”.
That first day had to be all about “nothing”.
Sound strange? Why?
You can’t walk in and think you are in charge.
They have been in charge, baby! So they are going to fight for their territory.
If you walk in wanting to be in charge – you will be trying to take away something they have been holding on to very tightly and you know what will happen? You won’t just lose that battle, but you will lose the entire war and you should just quit while you’re ahead and look for another job.
So it had to be about nothing – changing nothing.
I spent the day being friendly, meeting people, asking simple questions, watching and observing the flow, the flow of things and who really had the power in that office. I had been told horror stories about one particular case manager who “was the problem and needed to be fired”.
Guess what?
She wasn’t the problem.
I mean, she was giving them problems – but “she wasn’t the problem”. I’ll get to that later.
I also set up a time with each of them to meet one-on-one, the next day. This was very important. It will be important when you meet with your “problem children”. You must have complete privacy when you talk with each one. If you have to meet outside the office, do it.
And remember to let each one know that what they say to you will be confidential, and mean it!
Never, and I do mean never – lie to them. Make it your “closed-door policy”.
We all know what an open-door policy is – well, you need a closed-door policy, too. What they say behind your closed door won’t be held against them. Let them know they can vent - you want them to do it there and not out in the open in front of other staff, clients or customers.
The next day I wore something a bit more casual and put on my “kind but concerned” face. One by one I talked to my staff. And guess what? They all knew what the problem was, they all wanted basically the same thing and every one of them gave me the same answer when it came to the question: “If I, (their leader) could change one thing what would they want that one thing to be?”
What do you think that one thing was?

Have you ever been inspired? Have you been motivated to go further than you ever have before—to reach for the stars?

Who was that person who inspired you? Why were they able to influence you? How did they do it? What was it about them—do you know?

Is there a secret to inspiring others to catch your vision and make it a reality for themselves?

Do you realize you, too, can motivate and inspire others to reach beyond their “internal boundaries” which have blocked them from success?

The answer to all these questions can be discovered through biblical principles—“Three universal secrets to successful leadership.” It all begins by allowing your spirit of Barnabas to emerge.

The “Barnabas Touch” has been specifically fashioned to challenge you, to encourage you, and to unleash the power of the passionate and purposeful leader inside of you—the one you have been destined to be.

So, “Open your mind, open your heart and open this book – your successful future awaits you.”

Building on twenty-nine years of coaching, mentoring, and creating nurturing work environments, Susan is the founder of E3—Engage Encourage Empower—a leadership consultation program. She has just released her third book, The Barnabas Touch, with the goal of unleashing the successful leader hidden inside you.

Susan paints in oil to feed her creative side and lives in Lexington, Kentucky, with her husband, Tom, and their precocious dog, Tillie.