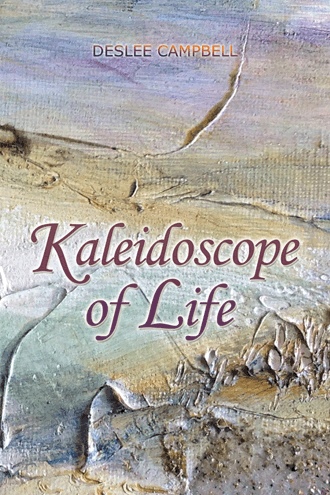 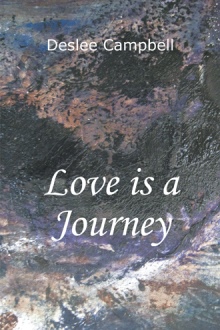 Love Is a Journey
Deslee Campbell
$19.95

The novel Kaleidoscope of Life concerns the lives of Sally Evans, her immediate and extended families, and those of the local aborigines entwined throughout. Sally experiences various adventures on the Bogan River in far western New South Wales.

This historical novel is set immediately after World War II––1945-1949––but the shadow of both world wars hovers over three generations of Sally’s family. Community and family interact to provide support as everyone moves towards post-war healing. There are two romantic subplots and two relevant extended war narratives, one from each world war.

When Sally’s father, who was missing in action, unexpectedly arrives home, Sally thinks he is an intruder and is always afraid of him––with good reason. His psychological problems, domestic violence and alcohol dependency affect him and everyone else, especially Sally, who was born after his departure.

Sally is given her own pony and she and her cousin, Elizabeth, who attend the same one-teacher school, are hosted to a week’s holiday at Government House, Sydney. Sally spends another week in Sydney at the children’s hospital, with suspected diphtheria. Both she and her part-aboriginal classmate, Trudy, who really did have diphtheria, spend time recuperating at the Far West Children’s Home in Manly. Sally’s Jewish friend, Esther Aarons, remains important, even after Esther moved from Nyngan to Sydney. She helped Sally grapple with the puzzle of where babies come from, and Sally’s letters to her provide an outlet for her many concerns.

Sally is spirited, inquisitive and thoughtful, with many girlish questions. She is secure in everyone’s love, except her father’s, constantly asking herself, “Why doesn’t Daddy love me?” Peter, her mother’s new love-interest and her father’s best mate, finally answers her and opens up new possibilities.

DESLEE CAMPBELL was raised in a hamlet near Wellington, New South Wales, Australia. She spent the school holidays on her maternal grandparent’s grazing property near Canberra.

She holds seven university qualification (in education, psychology, theology and ancient history) including a doctorate from the University of Sydney in Byzantine women’s history. Now retired, Deslee taught history in Dubbo, Gilgandra, Orange and Richmond and was later an educational psychologist and counsellor in Western Sydney.

Deslee is married with four children and two grandchildren.