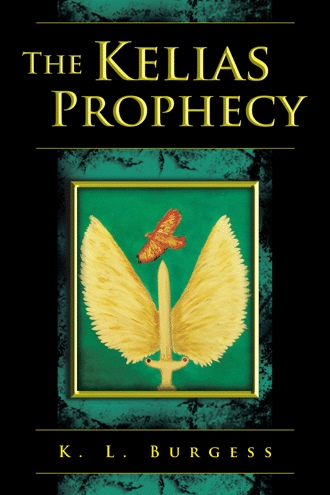 ‘What have we got?’ The man asked. He was short, perhaps 5’5”, with a dark beard and dressed in a tan sack-like material. On the other side of the gate was an identical man, except he was clean shaven and had a tan cap slung low across his eyes.

‘A trespasser.’ For the moment the two guards ignored the creatures in front of them and peered beyond to the trespasser. He was young, scarcely a man, and tied by his feet to the back of the wagon. Small abrasions covered his body, indicating he had been dragged behind the wagon for some time. His clothes were foreign and unknown, and he had no shoes. Short sandy blonde hair was marred by hints of red, a cut to the back of his head having rendered him unconscious. For a young man he was in good physical shape, lean and strong.

‘It is nothing. We required him to be immobile. Neutralising the threat, so to speak.’

Finally the guard looked up at the creature. There were four other then the spokesman, and little chance an unarmed boy could have represented a threat. More than likely the Karnga had just enjoyed their captive’s pain.

The Karnga were of similar height to the humans, between 5’5” and 6’0”. Grey in colour, they had thick tails and strong hind legs on which they stood, upright. Their arms were shorter, with opposable digits on their paws. With muscular necks and torsos, the snouts marred their otherwise handsome faces. Despite having their own, native language, they exchanged words in a new language, called Senti, which the current line of King’s had brought in.

‘Alright, hand him over. SkippEyes, grab him.’ This from the bearded guard and directed at his twin. The Karnga just sat back and watched as SkippEyes untied the prisoner and tried to lift his limp form. It was difficult – the guy was a breath over 6’, tall for this land. The remaining guard turned to the gate. The heavy wood and metal door was surrounded by a tall, thick stone wall which extended beyond what the best eye could see. Turning slightly away from the gate mechanism, the guard opened a smaller, hidden gate. Then he went to help his twin with the prone body.

They stepped through the gate with the unconscious man strewn across their shoulders. Once inside the city of Sentar’s limits, they hesitated.

‘If we take him in like this, the King won’t give him half a chance.’ SkippEyes said. His twin nodded.

‘SpikeEyes, you can see as well as me he’s not from around here. And he’s young. The least we can do is give him a fighting chance.’

‘So where do you think he came from? Or where did he get the clothes?’

There was silence for a long moment before the guards made a decision. A small hut was nearby with stone walls and a wooden roof. Entering it, there was a bathroom and small bedroom. This was a guard house in its most primitive form.

‘We’ll lock him in here until our shift ends. Then we’ll have to take him to the King.’ SpikeEyes said. Both guards nodded and returned to the gate and their duties.

The prisoner was awake and alert when the two guards returned to him. The guy had startling green eyes and was showing little fear – though he did look confused.

The man spoke the language Senti flawlessly but with an odd accent.

‘In a guardhouse in the city of Sentar.’

‘Right. And where is Sentar? What land?’

‘It is in the Northeast of the land Ne’Th.’

‘What is your name?’

‘Trey Kelly. Why did you say ‘Eyes’ after your name?’

‘That represents our trade and is common for humans. I understand you are curious, Trey Kelly, but we mustn’t delay in taking you to the King any longer. He will be retiring for the evening when we arrive, and it is in your best interest to see him before then. He dislikes mornings. Please follow us and do not attempt to escape. We have no desire to harm you.’

‘Unlike the other creatures.’

‘The Karnga are not known for being gentle.’

SpikeEyes opened the door and motioned for Trey to leave. His brother took up the rear guard as they began to stride through the city.

‘It will take us most of a period to reach the palace. Sentar is a large place. You were fortunate to have been brought to the closest gate to the palace.’

The prisoner did not respond. Ignoring his cuts and bruises, he was busy craning his head around to take in his surroundings. The road on which they walked was stone, as were the walls of any passing homes. In front of the homes, however, were wood stalls and extensions leaning out onto the street. The combination of the messy markets, home extensions and wooden rooves made the entire city one large tinderbox, just waiting for a light. Sentar was both quiet and crowded at the same time. The expansions on either side of the road restricted the flow, and though few people moved along it space was tight.

‘This city is old, much older than any of us or the current line of Kings. Unfortunately it was designed for a species smaller than the majority of humans that live here. Though cluttered, this is how we have compensated.’

‘It has a wonderful vibe.’ Trey responded, watching those who wandered past. All were human, and most were dressed slightly better than the two guards that guided him. The uniform did serve its purpose, however, and the men stood out.

‘How old are you?’ SpikeEyes asked, observing Trey watching a young soldier walk by.

‘You are old enough by two years to serve as a soldier.’

Looking up, Trey noted there were two suns and a moon in the sky. One sun was orange, and the other red. SpikeEyes noticed the upwards glance.

‘Na’Ki is the orange and Gyr’Ka is the red. The moon is Ki’Na.’ The guard said without prompting. Trey simply nodded and continued to look around as silence fell.

It took over two hours to wade through the city and towards the palace. Upon seeing it, Trey broke the silence.

‘You were caught trespassing on his land. He shall decide your fate.’

‘We realise that, but many will not. We have had foreigners in Sentar but it was before written records.’

‘What fate does the King normally have in store for trespassers?’

‘It varies. But given your height and stature, he will likely have a challenge for you.’

Trey shaped to ask more questions but was waved into silence as they reached the palace gate. It was a heavier gate then the entry to Sentar and was marked with different metals. They looked valuable. Standing to attention in front of it were two more guards dressed in a dirty red coloured uniform. Despite both being, for lack of a better description, butt-ugly, they looked proud.

‘Prisoner transfer. This is a trespasser.’

‘Has he admitted his crime?’

‘You will accompany him into the waiting chamber, but you may not proceed beyond.’

The two city guards bowed their heads in deference to the palace guards as the gate opened. Trey remained silent as they were guided through a small, unfurnished, stone open-air courtyard and back inside to a small room. It was to the right of the main doors and only had an entry and exit, no windows. The city guards appreciated Trey’s silence in front of their superiors.

The land of Ne’Th is strange, exotic, and in terrible danger. Evil forces are intent on invading and the land’s fate is dependent on the survival, and sacrifice, of four teenagers of earth whose only desire is to return home.

Ant Marsh is no hero. But when he awakens in Ne’Th, it is clear his days of blending quietly into the background are over. He has the rare power to shapeshift. The locals call him a magician, and he quickly becomes a sort-after commodity. His first human contact is disastrous—until a fellow foreigner intervenes. Trey Kelly bears a prophesized sword that he accidently obtained while being placed into the service of the king. It bears a single foreboding inscription: Sacrifice. Trey is determined to protect Ant after saving the timid magician, although he carries an emotional burden that he refuses to explain.

Meanwhile, the king, aware of a prophecy that would unite the land and threaten his rule, works to thwart the foreigners at every turn—as they, along with help from some intrepid locals, seek to fulfil the prophecy and earn their return home. Ant and Trey soon learn that nothing in their new world is simple or straightforward. Welcome to Ne’Th: where even the heroes don’t always survive.

K. L. Burgess lives in Jindabyne, New South Wales, Australia. After dropping out of university twice, she now works part-time while endeavoring to become a full-time writer. Visit her online at www. klburgess.com.