Our Little Urban Arboretum, a diary 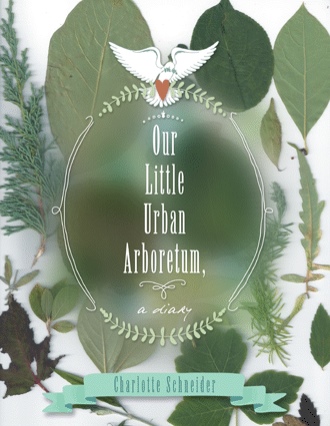 My preview text is: The front walk was a riot of color. It started with the aromatic sumac shrubs. Rhus aromatica has delightful sparks of yellow on the tips of all the twigs which rival even the native spicebushes, Then at the bottom of the hill by the driveway clusters of the Japanese pieris bell-shaped flowers began blooming beautifully surrounded by the lily of the valley blossoms and the carpet of my mother=s sedum ground cover and some invading blue-flowered vinca ground cover. The fennel established itself on the top of the walk and spilled over to fill in the area on the west side of the wall. They were beautiful all year and abundantly bloomed. I mentioned before about the caterpillars on fennel and the Eastern Swallowtail butterfly larva, but it is good to access the internet to come up with the names based on color combination. In March 2013 my assistant photographed a red tail hawk perched on top of the neighbor=s abandoned bird feeder watching for rabbits, squirrels or whatever. This was another year of high temperatures and dry times, not as bad as 2012 but still serious. One highlight of the year was watching a dove nest from my bedroom window. I could not see the babies, but the whole backyard was full of doves. I have pictures of a couple young doves perched on the bench outside. They had to be young, their eyes looked so sweet and innocent. We had many opportunities to take pictures because they were not shy about posing for us. The unique sounds of twittering as they flew overhead, and they're cooing sounds were regular reminders of their presence. My vibrant orange butterfly weeds continue to bloom prolifically and now the standing seed capsules are bursting to release seeds which will fly-away. Perhaps I should have watered even once this year, the fourth hottest summer on record, but I just didn=t have the energy. Having just returned from a nursing home, I was content to just watch the plants grow. Early autumn is showing signs of being unusually beautiful but not showy. The spicebush by the door lost its leaves a couple weeks ago, but the spicebush by the driveway is so vibrant yellow it's almost blinding. The seven sons flower tree, heptacodium, turned its basketball size seed clusters a deep, lustrous red I have not seen before. Every day is a surprise. The blueberry shrubs on either side of the walkway color with dark, shiny reds; the leaves are small and more or less oval. The leaves do not hang on for a very long time but they certainly go out with a vibrant show of reds. The soil is probably not the acidic needed for them to grow very well since they are near the concrete porch, but the coloring is worth it as a specimen plant. And the blueberries look great if I could only reach them with my scooter. I wanted to start thinning the over abundant, ragged butterfly bushes, and then the Monarchs came. Early, early autumn blossomed into beautiful weather, it isn't even Indian summer yet I hope. The Monarchs seem to be hanging around. I feel so honored, on their annual migration the monarch butterflies stopped at my house, my little one-third acre Arboretum. My butterfly bushes, their favorite obviously, have been serving sweet meals to them for over a week. Every day 4 or 5 at a time can be seen. Not only that, Renee captured on my mailbox pictures of a praying mantis. Hopefully he has taken residence here, but maybe it was attracted to the monarch migration. October 8 and a few are still flying around. Ninebark shrub, a Missouri native, has an attractive winter display. The canes are striated with chocolate brown and vanilla colors. Another feature is the tendency of the canes which grow up very tall, to bend to the ground with the weight of the leaves then flip up on the ends. To show off their canes takes reducing the number and removing the canes in front so that the others can be displayed. 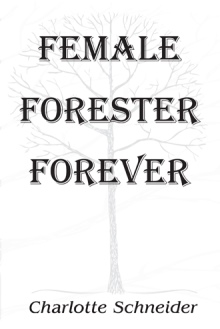 An adventure into the plant world through the eyes of a forester. Neighboring plants, sunlight and the beautiful animals that fly through the air, rain water, soil and the wonderful animals that make dirt their home, are all a living part of this book. This is a personal story of growth through the plant life. Dealing with t primary progressive multiple sclerosis for over 30 years, is demanding on time, energy, and attitude. The plants provide a refuge. Their fascinating seasonal changes, and their abilities to adapt to the challenges of weather are encouraging. Discover the hummingbird moths, a hawk in her backyard 2 blocks from the city limits, plants befriending each other, or antagonizing each other. Look into the prehistory of our plant world.

Embrace change. At 33 she graduated B.S. in Forest Management. She experienced 23 years as one of the first women foresters becoming a Certified Arborist in 1998. She retired, volunteered as a Master Gardener and purchased her family home. On <1/3 acre she has ~60 plant Families. A Missouri Forester >35 years.