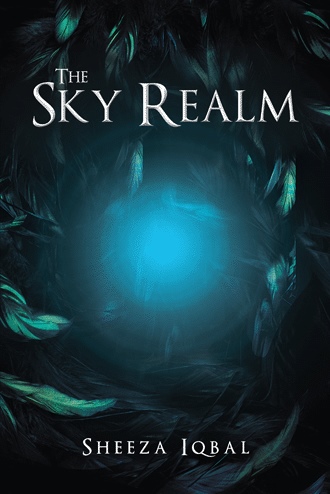 Aaliyah watched the dent between Mika’s eyebrows increase and her words came out slowly, as if she was weighing them out carefully. “You are our only chance.”

For a second everything was quiet and nobody said anything. Aaliyah blinked twice, wondering if she had misheard Mika’s last statement.

Mika looked pointedly at Aaliyah. “I said that you are our only chance.”

“An Ultimate. Yes, you are an Ultimate. You were one of the babies sent to Earth for your own protection.”

Aaliyah looked down at her palms and wondered if she had powers, just like Mika. Could she control water, air, earth and fire? Could she create fire from her very being? Was that possible? Up until now she was okay with having survived a Raven Mocker’s attack and discovering Mika’s water powers, but to be a part of this reality was something entirely different.

The confrontation of the aspirations she had had a few moments ago made her feel unsure of herself and, for the first time, uncomfortable in this new world. This new world, which was slowly becoming a reality that she was not entirely sure she was prepared to enter.

“You’re freaking out, aren’t you?” Mika asked her. There was a hint of smile on her face.

Mika shook her head, amused. “You are the strangest person I have ever come across.”

“So,” Aaliyah swallowed before continuing her question. “I am an Ultimate? I was sent here with a Guardian and I have to defeat Areious?”

“Relax,” Mika rolled her eyes. “The fate of the entire realm does not rest on your shoulders. There are other Ultimates and other Classics, but to answer your question, yes, you are an Ultimate and you do have a Guardian.”

“Are you my Guardian?”

“No, your grandmother was your guardian.”

“I don’t know. Wait for your powers to emerge and try to stay safe, I suppose. Areious knows about you and he will soon discover that you escaped the Raven Mocker attack, but for now we need to lay low and try to find a safe place.”

The Sky Realm is where her rightful home is. Aaliyah, an everyday teenager on Earth, she has been led to believe that she is nothing more than an ordinary village healer. After a cruel attack on her grandmother, Aaliyah discovers not only that she is an Ultimate, who can reign over the four elements, but also that the people around her are not who she thought they were. Now, Aaliyah must do everything in her yet-to-emerge powers to defeat an evil force and salvage her home. Her journey of a thousand miles starts with a spark and consumes her as she strives for justice, love and power.

Sheeza Iqbal is a 25-year-old writer and a graduate of the University of Toronto. She is an expert at daydreaming, mimicking all types of people, and is secretly a closet eater. Sheeza currently lives in Toronto with her family and her unresponsive cat.