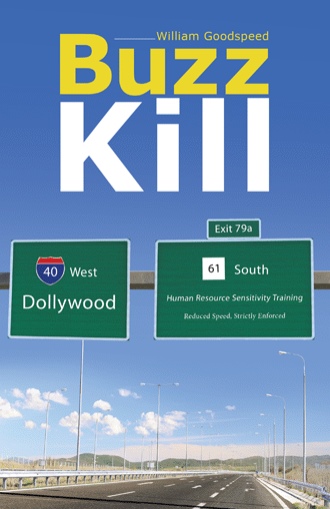 “Bob Davis is the big problem. As you know, he has the largest T&E budget in Lund Plastics, if not all of Lund,” Darrell said.

“Bigger than Texas on steroids,” Darrell chimed in. “Almost all his monthly expense reports have large entries for drinks and entertainment at High Beams. You know, the gentlemen’s club on the south side of town.”

Monique suddenly weighed in: “This obvious display of male perversion and sexism is highly offensive to me, as well as other women in the office. More than that, his documentation is extremely suspect.” Monique was clearly agitated, which frightened Derek.

“I’m really sorry you got offended, Monique. Can you give some examples?” Derek asked.

“Last February 14th was a classic.”

“Not that it’s relevant to this conversation, but he went to High Beams on Valentine’s Day? Isn’t he married?” Derek asked.

“Yes, he did, but I think he’s divorced. Anyway, he’s a male pig,” Monique hissed.

“Well, Bob and two guys from a major customer from South Carolina started at the Mexican restaurant, Tequila Mockingbird. According to the receipt, they had 10 margaritas, 2 orders of supreme nachos and 3 burritos grandes.”

“He’s a pig in multiple ways,” Monique said. “The receipt was stamped 10:38 p.m., and there was hot sauce all over it plus a smudge of refried beans. He used the original.”

“Well, except for health and marital reasons, there’s nothing wrong with the night so far.”

“It gets revolting around 11 p.m.,” Monique sneered. “What happened?” Derek asked. “Bob claimed $400 in expenses at High Beams.”

“$50 in drinks and $350 in customer entertainment,” Monique explained, barely able to contain herself.

“What kind of customer entertainment?”

Darrell started squirming in his seat, getting ready to pounce. Before Monique could continue, he leaned forward and said: “Derek, let me interrupt to spare Monique. Have you ever been to one of these places?”

“It’s a strip joint. They serve drinks and food, but most of the activity centers around topless women and lap dances. The women dance topless in front of individual customers for cash, usually $20 per dance.”

“There’s a corporate policy that all charges greater than $25 must be supported by receipts—you violate this rule fairly often, I might add---, so Bob used flimsy documentation.”

“Cocktail napkins? Signed by who or, um, whom?”

“He submitted two cocktail napkins, both with the High Beams logo, with different female handwriting on each, indicating the amount he spent.”

“Did they mention these lap dances?”

“Not directly. One, however, had an extra note at the bottom: ‘Bob, you and your friends are so fun!!! Write me at lapdance4U@hotmail.com. Love, Melody.’ She used a heart to make the letter o. What a frickin’ disgrace.”

“It was Valentine’s Day,” Derek added.

When Lund’s Plastics Division hits the skids, it turns to its newly hired Chinese research and development director, Dr. Chen, who—despite his best intentions—struggles with both the English language and American corporate policies. When he’s told to hire a new scientist, Chen advertises for a young Chinese male who is preferably single. (He isn’t sure what religion would be best.) Chen’s innocent faux pas leads to mandatory sensitivity training, an experience so brutal, even Dick Cheney would call it torture. He builds a new R&D team, featuring Dr. Miao, a Chinese transplant who favors Red Man chewing tobacco and NASCAR driver Jeff Gordon. Chen and Miao are joined by the sultry VP of finance, B’linda Mae “Trophy” Jones, whose best parts are nicknamed Bonnie and Clyde; Monique D’Estaing, a tall, black, Harley-riding Cajun lesbian; and sales director Bob Davis, a good ol’ boy who specializes in strip clubs as customer entertainment. To save the day, his team pulls out all the stops—like celebrity dress-up rollerblade scavenger hunts in Miami Beach—but their antics attract unfavorable attention from corporate human resources. Can Chen’s company survive his help? Written for anyone who’s ever worked in a large company, suffered through sensitivity training, or wondered if Thanksgiving is an anti-turkey display of Eurocentric imperialism, Buzz Kill is an uproariously twisted tale of America’s corporate culture.

William Goodspeed launched his writing career with, The Point, a seasonal Northwestern Michigan newspaper with 125 unpaid subscribers. Despite earnest pleas from his devoted fans to quit writing, William wrote Buzz Kill. A former long-time resident of Charlotte, North Carolina, he lives in Maine and Michigan with his wife, Jen, and three badly behaved dogs.