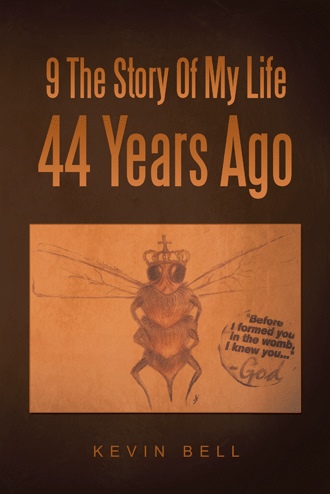 Kevin, Kevin
My new identity is Kevin, Kevin two times the excitement once I was really aware of what have been going on with my life. Ever since I was 9 years old I am the Human Kevin and the Alien Kevin massed altogether and we are GOD Kevin. Wow this is amazing in my life how I came in contact with a Alien and the Alien made me be just like the Alien as well. When I told the few people that I did tell no one believed me any how. That was it for them believing me , but I did have a Alien friend and no one believed me. I know this happened with me by the Grace and Mercy of GOD. I could do nothing but believe it because it is real. GOD know , the Alien know , and I know the ones who took the Alien away from me are dead and gone out of this life. I am still here to tell my side of this story that happened in my life 44 years ago. I was 9 years old I am human and I am alien and now I know the truth about my life. My memory has been blocked for 42 years and 11 months then GOD allowed me to have my memory back. I am now Kevin the Human and Kevin the Alien all by the Grace and Mercy of GOD.
There are other life forces living in this world besides human beings. The fact that there are other forms of intelligence with us if we are mature about it and happen to come in contact with one. We say Alien’s which they are out there in space and here with us too. Once you make make a connection with a Alien from outer space then it is how you as a individual deal with the fact that you are dealing with a intelligent power force from another world, for me it was awesome I was a child 9 years old and I met a Alien . The Alien knew magic like I see on the television good example the show Bewitch the magic was just like that it blew my mind to see it right in front of my eyes. It did not make any difference that I was a human and I am dealing with a Alien, I was fascinated with the magic the Alien could do. It seem like time stood still where we were playing at for 3 hours. No one knew I was playing with a Alien it was like thar area we were playing in nothing else existed. When I finally came to my reality, time had slipped away I didn’t go back to school it was time to go home . All the Alien did with me in 3 hours I tried to sneak the Alien through the ally and go home and show the Alien to my mother . 2 bully;s saw me and the Alien and they took the Alien away from me, and said they were going to beat me up real bad if I say anything. A couple of weeks went by and I had to say something about what happened.
This was real and no one believed my story about a Alien, my memory got blocked about what happened to me 44 years ago. When my memory came back to me about what happened to me Man! Do I have a story to tell about the goodness of GOD Amen. This is a very interesting story about my life when I did not remember what happened to me. I asked the Alien to make me like the Alien so I could do the magic I saw the Alien do. When the Alien changed me I was no longer just a Human I realized I was a Alien too. I call myself Kevin, Kevin Kevin the Human and Kevin the Alien I do not know how all of this power work but I have the ability to make it work just like the Alien it came from . I just do not know what it mean.
When these Alien powers start coming out of me I just know I can do tthings differentlt than others. No one know what is going on with this other than GOD. I do not know what is going on I juust know how to use GOD power and it will amaze you once you see me. I call it I am doing my GOD thing and to me all of this is real. Please do not make a decision on this matter until you see me. I am the proof the Alien made me a Alien too. I still do not understand I just know it happened when I was 9 years old living at 409 Winstanley Goose Hill, East Saint Louis, Illinois 1970-1971 this is my story.

This is a story about me unblocking my memory from what happened to me 44 years ago and all the mystery and intrigue that unfolds in my story. Meeting a Alien and what the Alien did with me and have been doing for 44 years. My memory has been blocked for 42 years and 11 months I was in awe when all these magical things started happening around me and I have no clue to what is going on. I heard someone say about me you all better watch what you are doing that boy got real power. I went on a journey with this power and I was lost to what was going on around me. I went into quiet mode. I took my situation to GOD and everything started to change, where I could start to understand. GOD let me remember what happened to me. I have all the proof to show a Alien was here with me and how the Alien changed my life. For the last 44 years I been going through life with a Alien life force with me. Then GOD let me know about my life with the Alien to understand my story. You have to see me and be mature about my situation. .

Kevin Renaldo Bell was born September 18, 1961 at Saint Mary’s Infirmary; Saint Louis, MO. Kevin was raised in East Saint Louis, IL. In the community called Goose Hill... After high school Kevin joined the United States Marine Corps he travelled abroad at an early age...
Kevin Bell, (K B) is a prophet of GOD writing about his life experiences and writing poetry is one of the many gifts that GOD has blessed Kevin with...