The Image of God/The Likeness of Men 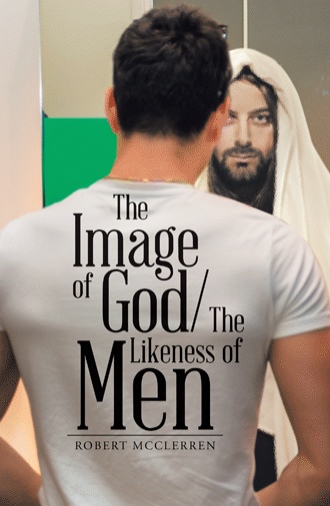 When we read in the Bible that man was created in the image of God, it evokes questions in the mind of man. What kind of image? Why would God create me in His image? What qualities do I have that are this image of God? When we look into a mirror, we are faced with an image of ourselves. Is it the human form with all its facial features that God is referring to?

Using the word “image” certainly suggest it is a quality that can be appreciated through sight. Perhaps this is too literal, as the Bible often speaks in terms of metaphor. If so, we are not looking for a physical equivalent, but one that is spiritual. The Bible clearly states that God is Spirit. It is also recorded that God made man a living soul. Of all creation, it is only said of God that He breathed into man the breath of life. While God spoke the world and all that is in it into existence, He reserved a unique and spiritual transference of Himself in creating man. Man has a spiritual bond with God that is unlike any other creature in heaven or earth. It is the Spirit of God that gave man life. It is God’s Spirit that speaks to our spirit. Man is the sole object and recipient of God’s love. Without man, God would have no way to communicate his love. Man is indeed created in the image of God.

In the 1960s there was a question that seemed to permeate the minds of young people. It was an effort to discover oneself that was adopted by the hippy culture, or at least those opposed prevailing thought about man and the society in which he lived. There were phrases used such as anti-establishment. These new ideals tested the very fabric of our society. “I need to discover myself.” The statement at the time seemed frivolous even ludicrous, but it was also very telling of what was going on in the minds of young people. With Judean-Christian foundations being challenged in academia, individuals were confronted with questions about their own existence. They had been indoctrinated into evolutionary thought. They have been told their lives were nothing more than a product of time, energy and chance. They were now forced to rely on a tenuous explanation for their existence: one that denied divine intervention. What possible meaning of life could there be in an existence that emerged from disorder, let alone the absence of divine love?

Years later we see the same yearning for identity show itself as an introduction in a political campaign. The first words uttered by United States Navy Vice Admiral James Stockdale, when it was announced during the 1992 presidential campaign that he was Ross Perot’s VP running mate was “Who am I, Why am I here?” That was most certainly a question on the minds of those waiting to learn more about his qualifications and political agenda. Politics aside, these two questions have most certainly been at the forefront of mans mind, throughout the ages. In order to best understand who we are and why we are here, we must first understand who God is and how we fit in Gods creation.

Understanding who God is, is not just a nice thing to know. Knowing God is everything. It is only when we know God that we can begin to put all aspects of life in proper perspective. In developing our understanding of God, we need to guard against adopting false teachings: attributes that are not God’s.

Don’t be afraid of what you might discover. We need to take care not to deny who God is, simply because it does not fit a popular preconceived notion. Knowing God’s attributes, and denying them in your life is tantamount to blasphemy. The more we know God, the greater our influence for good will be. It behooves us to allow the truth of who God is to guide our thinking and ultimately our lives.

In Christian fundamentalism it is common to evangelize with an opening question such as: “If you were to die today, are you 100 % sure you would go to heaven?” Answering with anything other than a resounding yes, gives the “soul winner” cause to proceed to proselytize. The goal is to convince people their soul is in danger of eternal damnation, and you can lead them in a prayer that will prevent this. That’s one of the driving forces that keeps Christian fundamentalism on the march.

Wouldn’t it be tragic, if that’s all there were to life? Many Christians live as if they are biding their time on earth until the Lord calls them home to be with Him. They have acquired their fire insurance but don’t much care for world they live in. They are highly critical of others who are different; indicating they are not up to the standards of the elect. There is even a type of snob factor displayed among those in mainline denominations. They know better. Yet their lackluster faith has provided them with no more prowess than claiming membership in doctrinarian social clubs aka church.

Both religious and non-religious people believe the world should be a better place than it is. The quandary is, with so many working to that end, why isn’t the world a better place? There is no difficulty identifying problems. There is no complacency in understanding needs. Yet too many are in a state of denial when it comes to their responsibility to effect the world for Good. The religious are too pious to admit contributing to the current state of affairs. They seem to be saying, “I didn’t make the mess, and it’s not my job to clean it up.” “It’s those sinners who are ruining it for everyone.” “If there were only a way to convince those people to become believers, like me, things would be different.” To avoid conflict, we adopt such notions as: “agreeing to disagree,” which only provides a pseudo type of contentment. It assures us that a certain level of civility will be maintained. We now can have any number of conversations and remain comfortable. No resolution or consensus is required. Anything beyond this requires action, and action requires effort. And everyone knows getting involved with anything new can be a messy proposition. The real indictment the of religious faithful is; they are genuinely clueless how to effect change.

Too many individuals live as though no particular effort to improve, on their part, is required. “I have made my profession of faith” “I attend church services regularly.” “I am a law abiding person.” “I have learned religious speak.” “I will just sit quietly with my pious thoughts, snub my neighbors and wait to be rescued from this immoral world full of injustices.”

Is championing the eternal destiny of others enough? Is this truly what the Lord requires? Is it really a valid excuse for ignoring the here and now? As precious as the soul of man is, we also have an obligation to life that is all around us. The world we live in needs our attention now. It cannot wait until death, to be assured of a better tomorrow.

The more man is in tune with the infinite the less likely he is to disrespect his fellow man. When people truly understand they are created in the image of God, there is a transformative power that compels them to do right regardless of circumstances. Doing the right thing should never go out of vogue. It is appropriate for all occasions, for all ages. In doing so, the commandment to “love your neighbor” takes on a whole new dimension. Cheating another person is never a consideration. Stealing never advances your cause. You know that taking an unfair advantage over others always damages your credibility. When you represent Good, retaliation is not part of your modus operandi. You do not require an eye for an eye. Revenge is no longer an option. Moreover, entertaining the thought of mistreating someone is not even within your character. 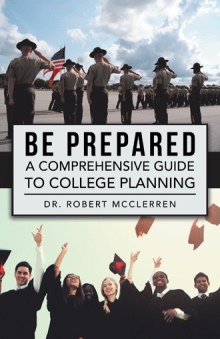 A Ready reference of seventy-five topics

Through the past 35 years, Mr. McClerren has worked with AWANA clubs, conducted children’s Sunday school classes, and taught adult Bible studies. He is Senior Pastor at Chicago Lawn United Methodist Church. Mr. McClerren’s undergraduate studies are in Education, his graduate studies in Theology, and postgraduate work in Religious Studies. He is a committed life long learner: a 21st century Renaissance man. Among his accomplishments are those of private pilot, missile technician and certified teacher. Mr. McClerren has taught for San Diego City College, ITT Technical Institute and the University of Oklahoma. He served as education advisor for the Navy College Program, providing academic counseling for military personnel. He is also the Illinois State Representative for the Wolcott Foundation: an organization that awards fellowships for master’s degree studies at George Washington University. Mr. McClerren is an accomplished vocal musician. He has served as singing judge for the Barbershop Harmony Society. He has performed with choruses competing on the international stage; medaling twice. Mr. McClerren was tenor in “Take Note” quartet, while winning the Illinois District Senor Quartet Championship three consecutive years. He is also the tenor on the Christmas Grace recording by “A-Men” gospel quartet. Mr. McClerren is married; and lives with his wife and daughter in Lake County Illinois.