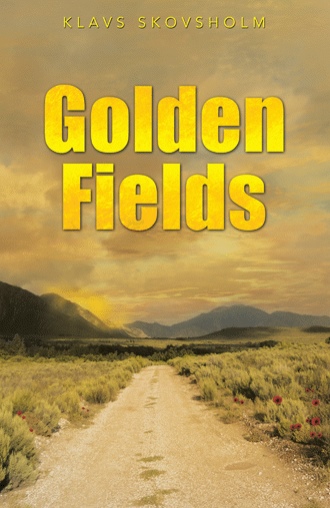 One summer afternoon, Theodora Villiers removed scones from the oven. It was a bit too hot to bake this time of the year, she thought; during the summer she preferred to bake early in the morning. Earlier that day, when her partner Lily Wood left the house they shared to do water colours in the nearby veld, Theodora told her she was going to bake scones for their afternoon tea. Lily said she need not bake on her account; she would be happy with just tea. She was going to do it all the same, Theodora replied, just in case they had visitors. Lily had laughed her lovely laugh and said she hardly imagined that they would have any visitors, but nevertheless she looked forward to the scones.
Lily was right; Theodora had no reason to assume they were going to have visitors, but she liked to follow her instinct.
Leaving the scones to cool on the kitchen table, Theodora took a small bucket of peas and a bowl and went to sit outside on a bench in front of the house. She loved to sit on this bench, which was flanked by lovely white English roses that Theodora managed to grow on the shady side of the house. She grew them for her English Lily. Placing the bucket and the bowl on the bench, she looked up at their house. It was a simple but spacious Karoo house with high windowless gables, wooden shutters and a black thatched roof. It was much simpler than the large Cape Dutch house where she had lived in Stellenbosch until a few years ago, when her husband was alive. Mariette, her only daughter, still lived in such a house with her husband, the local judge in Stellenbosch. Mariette did not like Theodora’s house. Mariette simply could not understand why her mother would live in such a simple house when she could afford to live in something much grander. This was only one of many points where Theodora did not agree with Mariette who also did not care much for Lily. Mariette did not say as much, but Theodora could sense that her daughter found Lily’s impeccable English manners to be pretentious.
A tall slim woman, today Theodora wore a light long cotton dress and a black apron. Unlike most Afrikaner women, she rarely wore a hat and usually kept her long silver-white hair in a braid. Today was no exception. She was a little vain about her abundant hair and liked to show it off, while Lily mostly hid hers under a straw hat.
Sitting down to shell the peas, she looked down the main road of Straateind. The little village was quiet; most people were busy either in the fields or inside their houses. Looking further beyond the village towards the mountains surrounding the little valley, Theodora felt pleased to be up here in Straateind on the edge of the Karoo. Perhaps it took a whole day to reach Stellenbosch from here, but thanks to a newly built station a few hours away, it was not very difficult to have goods sent up from Stellenbosch or even Cape Town. The sun would soon start to set, bathing the Karoo in brilliant reds and golds, so Lily would be home soon, she thought.
Soon absorbed in her pea shelling and her own thoughts, it was only when a horse stopped at the front gate and a tall young rider dismounted that she looked up. Her face broke into a big smile when she saw her grandchild Antonius.

Golden Fields is a story of adventure, love, and war. The setting will take you from Southern Africa to Flanders in the period between the Boer War and WWI.

Klavs Skovsholm was born in February, 1963 in Copenhagen, Denmark. He has a twin sister and two elder brothers.
In 1988 he graduated with a Master’s in Law from the University of Copenhagen. He is specialized in various international legal fields, including European Union Law. From 1989 to 1993, he worked with legal translation at the Court of Justice of the European Union in Luxembourg. Then, in 1993, he moved to Belgium to work as an administrator with the Council of the European Union, which is where he is still working. He is a specialist in the European Union’s bilateral fisheries agreements with African countries.
He has travelled extensively in Africa, both privately and professionally, and he has a special long-standing interest in colonial history. He enjoys outdoor sports and engages regularly in hiking and rowing.
Golden Fields is Skovsholm’s first book, but he has published articles relating to various aspects of the history of South African Constitutional Law in an international law magazine.