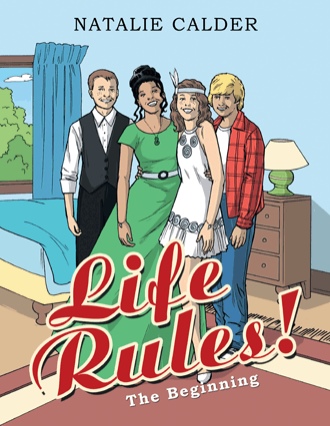 Life Rules! is an inspirational tale of friendship and new beginnings. Trinity and Joel have had a tough year. Their father passed away, their mother has to work two jobs to make ends meet, and to top it all off Joel is being picked on incessantly by the school bully. Life couldn’t get much worse. That is, until a new family moves to town and introduces them to a life they could never have dreamed of, a life in which they can have, be, or do anything they ever hoped or wished for. If you’ve ever felt that you’re more powerful than you get credit for, you’re right! This book not only tells a tale of new beginnings but will show you how to make your own dreams come true.

NATALIE CALDER is a schoolteacher in New Zealand, where she lives with her partner and two children. Natalie has a vision of helping children reach their full potential in the hope of a happier tomorrow.