From the Aussie Outback to the World 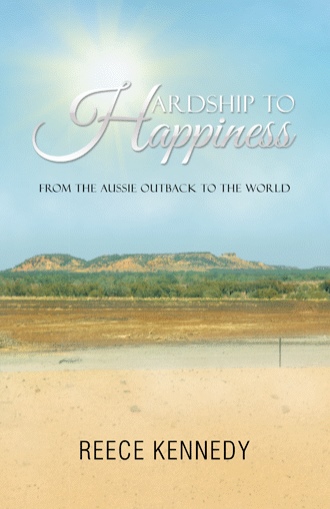 A genuine story about one persons journey from a world where things revolved around building the personal character of resilience. My reference to the ‘universe’ in this story is simply my name for whoever or whatever you believe dictates your circumstance in daily life. It seems clear in so many ways that there are certain rules, written or un-written that the universe operates by. These rules are sometimes rigid like sunburn from over exposure to UV rays, or they are grey enough to be different for everyone like… you ‘WILL’ have a better day today if you set out believing that you can! These rules are inescapable, if you ‘outsmart’ the universe by taking a short-cut and not learning the intended lesson it will appear in some other form at a later stage. These rules also vary enough between each of us to appear different as well, but a very similar lesson will result. It is, as with any lesson, imperative that the important part be retained in our memory or the repeat will continue to happen. We as society seem to judge ‘clever’ on how many years you have spent being taught by people with opinions who have been educated by people with other opinions resulting in you forming your own opinion to head into life with. Sometimes potentially ‘clever’ people can overlook the simple things, or, the inescapable things such as the sun burning our skin or bad diet contributing to poor health. Another version of ‘clever’ is the person who remains in touch with those natural tendencies of our early life and keeps it simple. The people that find it easier to be nice than nasty are the winners here, if there could be only 1 human trait to pick, would that not be it!!! Some people can ‘just roll’ in life and this doesn’t refer to bludging, this refers to being able to ‘roll’ with whatever is directed your way today. The ‘really’ smart person in life as opposed to the really ‘smart’ person, is not necessarily the highest paid dude but the ol’mate (man or woman) who is doing what they really like doing and gaining in their own way from doing it. Change doesn’t always come easy, it takes effort and effort requires us to put some thought ( and feeling) into how we can best action our next move. Effort is a word that scares the lazy person but if you as a human are scared of effort, be prepared to accept whatever happens to you each day as your destiny. I feel sure it would be difficult to find a successful person who has achieved this success through no effort. One of the easiest ways to implement change is to start with the simple things such as noticing the words we use to describe our own situations. Most of us as children heard things like “there’s no such word as can’t” but it continues to be a commonly used word in our adult vocabulary.

Because outback Queensland was so vast and flat, author Reece Kennedy’s little boy imagination grew as far as he could see. This imagination was slowly infused with a far-sighted awareness from which he proceeded to develop a lot of questions about the how and the why of everything. In Hardship to Happiness, Kennedy shares the story of his life beginning in the Aussie Outback to boarding school to the whole wide world. He tells what it was like riding bulls to rolling cars and living to tell the tale. He tells of marrying the girl he dreamed about, having four kids in five years, and being grateful for every minute. This memoir shares the highs, the lows, and everything in between. It’s about realizing the world can give you all you ever wanted it to, or equally, everything you wanted it not to give you. Hardship to Happiness is about a journey that started out being directed by influences and has ended up being guided by attitudes.

Reece Kennedy was born and raised on a cattle property in outback Queensland, Australia, and is a real Australian bushman with a story of life. The outback created him but his yearning for excitement took him out of the bush and into the wide world. Kennedy and his wife, Penny, have four children. They live in southern Queensland near the east coast.