Life is a Tango 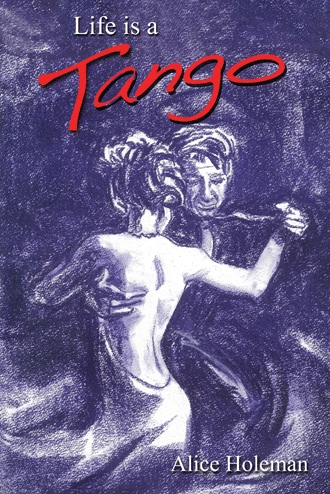 If you have been craving another vicarious ride on the progressive emotions of despair, hope, and then rejoicing—emotions experienced while reading the memoir Eat, Pray, Love by Elizabeth Gilbert—you will enjoy traveling along with Jo McCrae, the fictional heroine of Life Is a Tango.

A seasoned widow, Jo McCrae is disillusioned with life, love, and even Christianity. In desperation, she joins an ecumenical South American tour group, hoping to regain her zest for life and inspire her broken spirit. Enjoy her reactions to the near-nudity on the beaches of Rio, the Argentine tango and the passionate romance that blooms in Buenos Aires, a too-close encounter with the magnificent Machu Picchu in Peru, and much more. All this is shared with her new and soon to be intimate friends, a Hindu, a Hassidic Jew, and a Muslim woman. From them she learns that, at their core, these major religions seem to nurture many of the same truths and hold more similarities than differences. Through it all, Jo begins to pick up the lost pieces of herself and manages to add precious, new depth and facets to the persona that is Jo McCrae.

Life is a Tango is a romantic novel for readers looking for intellectual stimulation along with an exhilarating, sexy, and action-packed read.

“Get ready for one of your most exciting, informative, and spiritual experiences yet-a great read!” -Doris Gates, author of Sudden Bouts of Happiness and What I learned on the Way to the Nursing Home.

Alice Holeman lives in Little Rock, Arkansas with her husband and a large busy family. She is a retired Registered Nurse and a watercolor artist. A lifetime passion for nature has fostered expressions that include creating gardens of rocks, plants and waterfalls. Writing is her newest creative media and passion and the cover for Life is a Tango is her own illustration.

Journaling, meditation, studying, and an active church life nurture her walk with the Beloved.