Lessons in Life, Love, and Relationships 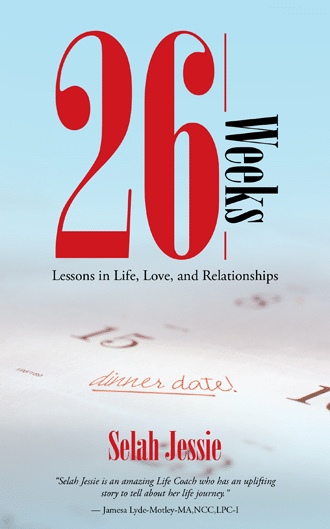 Moment of Truth This information was life-changing for me. A few months before my CDV charge I remember being in church at a Women’s Prayer Meeting. The pastor’s wife asked if there were any women that needed prayer for any particular reason. I remember raising my hand and saying that I needed prayer because I didn’t like the person I had become because I was angry all the time. I had let years of negative memories live inside of me and had decided not to let go of any of them. My thinking was that the people who had caused all of this pain would suffer by me being angry at them. But ironically, I was the one that was suffering. Tonight I realized that the majority of my life my brain was in a ”hijacked” state. I had allowed my emotions to be the leash that pulled and dragged me through my life and my relationships. I also had an epiphany that many members in my family had anger issues. They were hot-headed and had terrible tempers. Even though my anger issues may not have been inherited but they were modeled over and over in my upbringing which makes me more prone to handling my issues with anger as well. I am in no way saying that my family is responsible for any of the choices that I made, but their behaviors may have had an impact on my overall development. I believe that in life you always have the power to choose. And I made a conscious choice in tonight’s class that I wasn’t going to continue the rest of my life being weighed down by the things that I refused to let go. Oprah Winfrey said once that the true definition of forgiveness is accepting the fact that the past could not have been any different than what it was. And so I truly forgive everyone for anything that they have ever done to me consciously or unconsciously to hurt me. I no longer choose to carry those memories around in my head as a reminder of how deeply I once was hurt. From this day forward, I want to rewrite my story. I can no longer be a victim of my circumstances as long as I have the power to choose. I never realized how POWERFUL the brain is. We live our lives in the world according how we live in our head. I want to clear that space of negativity and open myself up to receive love, compassion, trust, honor, and respect. God is truly amazing! I would have never thought that God would use something in my life that was so dark to bring me so much light

26 Weeks is an insightful journey that chronicles how an unfortunate event in Selah Jessie’s life caused her to examine the choices that she was making in her life and how those choices impacted her life, love, and relationships.

Selah Jessie is a Behavior Intervention Specialist and the founder of EXHALE! Consulting and Coaching Services, where she serves as a Life Coach, Relationship Coach and Motivational Speaker. Selah believes that the path to true happiness is learning to embrace the choices you make in life because those choices will ultimately set you free.