Taking the War Out of the Warrior

An Inspirational Journey Through Divorce & Healing Into Empowerment, Self-discovery & Spirituality 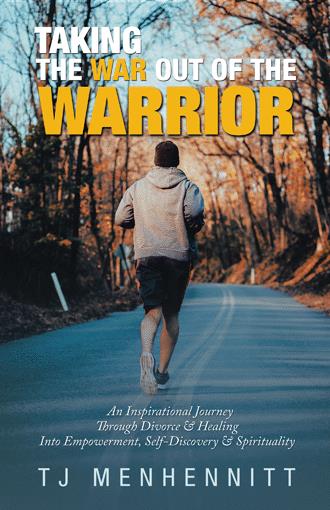 I wanted to cut certain habits off. I had to. I knew I could be the change. But how? I was still dealing with the hurt and fighting with the fact that a divorce could actually happen in my marriage. I was slowly seeing light out of the trenches. It was there. I could feel the warmth on my face, but I was tethered to the thought that I couldn’t live outside of my home. As I cut so many strings over that time, I still had an iron-clad cable attached and there was no way to break free. I still lived in a war within myself and this warrior insisted it would get better if I stayed. And then it happened. One night, I totally put aside everything that I had learned about love, God, miracles, and change, and I started festering in fear. I feared a divorce and I feared losing my children. I couldn’t wrap my head around not being there with them. Panic and anger once again fueled my body. I wanted change, but that cable was holding me so tight. I wondered, “Where will I go? Where will my life end up?” So, I went to my wife and started asking her those questions, which at that time were simply unanswerable. It was the wrong time, but my ego wouldn’t stop. Questions led to arguing, and I have no idea what triggered me to be so afraid and to stir up those emotions again that night, but once again, I felt alone and very scared. My deepest fears took over and the war inside this warrior had to either “fight or flight.” I just couldn’t do this anymore to my wife, my children, and me. The arguing and my own personal battles within myself had to end. As fast as all this went down, I happened to be standing next to the front door, and it was open. I stood there and stared out the door and with only jeans, a T-shirt, and an old pair of sneakers on, I ran. I ran out of the house and continued down the street and never even realized it was raining. I ran so hard and had no idea where I was going. There was still no logic in my mind; all I knew was that I had to run away. Running down the street turned into blocks and blocks that led me to a country road. My pace had now moved from a full sprint to more of a jog, a very awkward jog. Considering I hadn’t run more then up and down the yard with my kids since my basketball days, I’m sure I was looking like I shouldn’t be out there to anyone that passed me. The rain started to feel good as it rolled over my face and I soon didn’t notice the difference between that and sweat. At that point, it seemed symbolic, like a cleansing ritual, as though I was finally washing away so much of the past. Tears started to emerge as I continued this marathon with no finish-line in sight. As I cried, I spoke out loud as my feet pounded the pavement. I was not speaking to God or my angels. I was almost two people that night. The happy, positive Tom was now telling the scared and negative Tom that he could do this. He was inspiring him, letting him know that if he came this far, he could surely continue in life. He reassured him that he was a good man, a good dad, and that he was loved. Over and over, it was repeated: “you are worth it, you are worth it.” As my hurts started to wash away that night, I started to think of the hurt I was putting on my family, and within a flash, my mind took me back to the church where I wrestled with God. I remembered that I had asked God if he loved me and that if I was his child, why was he letting me hurt? Step by step on the run, this scene played over and over again in my mind, and it was then that I received God’s answer after all that time. His answer became a question back to me. “Tom, don’t you love your two children?” I answered, “Of course.” “Then you need to release them from the hurts too,” he said. I cried harder then, because I never realized the hurt they were experiencing, and it seemed like I was only running tonight from a problem, and I couldn’t understand how that could help. Town blocks turned into miles until I came to a complete stop. I put my hands on my knees and breathed so hard. I coughed and hacked up spit. I was tired, yet I felt energized. I was drained, but my mind felt anew. I was prayed out, but I finally felt that God was not tapping out on me and that he never left my side. I was scared but I believed my angels were protecting me.

Taking the War Out of the Warrior is a story of personal and spiritual growth through the eyes of a man who was “living in the trenches” of life. Throughout a difficult divorce, a life-changing experience with a homeless man, a surprising encounter with a psychic, and much more, this warrior fought his way out of the trenches. He experienced numerous setbacks and incredible feats, which ultimately softened his heart and allowed him to embrace a new reality, one that brought him closer to himself and God. This book will resonate with so many people! T.J. takes us with him on his spiritual journey and we see parts of ourselves in his story. We can't control the bad things that may come up in our human experience but we can control how we react to them. T.J. shows it's not only possible to have a direct connection to God, it’s our birthright. As Dr. Wayne Dyer used to say, "when you change the way you look at things, the things you look at change". I highly recommend this inspiring read. —Diane Ray Director of Programming UnityOnlineRadio.org