Wisdom of the children 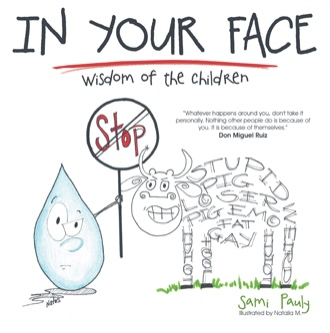 The concept of Perfection is a LIE, because PERFECTION is someone’s PERCEPTION.

Perception, what is that you may ask? Well, perception is how you see everything.

Let’s imagine. One day Carlos took his dog for a walk in the park. The sky was sunny and the flowers were beautiful.

A buzzing noise now announces the queen bee. She looks at the flower and says, “This flower has more red than all of the other flowers, but not much pollen. What a pity”.

Carlos starts laughing and says “Silly bee, that flower does not have any red on it, ha, ha, ha.”

The dog laughs too and says, “It is obvious that the flowers are black and white.”

Suddenly the three of them begin to scream at each other, one louder than the other, saying that they are right and the others are wrong.

There, you see in real life, Carlos, the dog and the bee would not be fighting. However, the way humans, dogs and bees see the same flower is as I described before.

The bee sees the flowers in red colors (infrared). Dogs see their world in black and white and humans in colors. The flower does not change color; simply the flower is what it IS.

Over the past several years the issue of bullying has gotten a higher profile. We are finally beginning to realize that more effective preventative measures have to take place. Unfortunately, many kids have lost their lives to these incidents, either from the hands of violent acts or being driven to taking their own lives.

This book teaches you how to live your life without drama and how to turn the tables on bullies. Many kids go to school being humiliated and pretend to be the superior person. They tell everyone that they just ignore or don’t pay attention to these words. This would be awesome if this were true. Instead, they arrive to their homes and hammer their brains with the comments that were intended to hurt them.

This book will give you step-by-step approaches on how to really ignore the attempts to destroy your soul. Nobody is a waste of space even if you feel like that now. Maybe you are not seeing how much you mean to other people or the effect you will have on the lives of the people that you will meet tomorrow.

Don’t let another person’s shadow prevent you from shining your light!

Samira Pauly was born and raised in Cochabamba, Bolivia. She is the youngest of three children with two amazing brothers, Raschid and Carlos. The education styles of her deceased parents, Jazne and Joaquin, helped shape the person that Samira is today.

She moved to Miami, Florida, in 1999 when she married Christopher Pauly, who gave her the honor of being the mother of two awesome kids, Soleil and Christopher, who are her inspiration.

At very young age she was introduced to metaphysical studies. Her constant passion to transfer these universal laws to children began when at fifteen she started a group for kids that were eight years old. Samira’s purpose is still the same today—convey universal wisdoms that can easily be applied in day-by-day life.