Ancient Revelations of the Bible 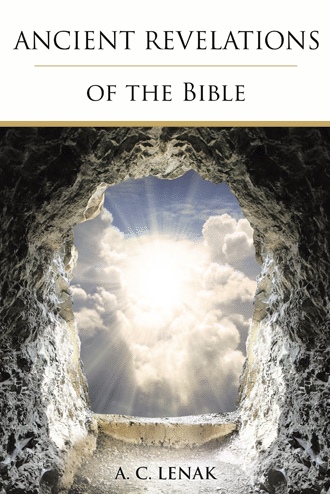 Chapter 2 What did the sons of god accomplish? In the book of Jubilees we are told that during the days of Jared the sons of God called the Watchers, “came down to earth to teach the sons of man, and perform judgment and uprightness on the earth.” But they were overcome with lust for women and through this union created giants that ate all the food that the people could produce and then turned on the people. The Watchers also taught them all kinds of warfare, astrology and everything that was offensive to God. God punished the Watchers for the evil they had done to the earth by casting them into the darkness where they will be until the Day of Judgment. Enoch is then secreted with the angels to instruct him in the wisdom and knowledge of God so that Enoch might impart that to mankind for future generations. My book will be controversial but it has given me a much clearer picture of the Bible and God’s plan for mankind. Who were the little gods that interfered with God’s plan? Why did the Israelites constantly disobey God? Who was Melkisedek? Who was Nimrod? Who were the Watchers and did they leave their story etched in stone for generations after the flood to read and in so doing sin? Does the Bible tell us the identity of Satan? Did Atlantis truly exist? Was the Trojan War fought before the flood? What was the Garden of Eden and does it exist today? Was it really a part of the earth? These are some of the mysteries that I have asked and hopefully added more information so you can draw your own conclusion. In everything I have researched I have never found anything that has changed my faith in God’s Word.

My reason for writing this book was to understand the Bible more fully. Why did God have so much trouble with His little flock of people? Why did they always disobey Him? Who were the little gods they were always worshipping? That’s why I read the book of Enoch that told about the Watchers and detailed their treachery against God. Other books outside the Bible also reveal more details and clear up many of the mysteries that the Bible does not explain. It has increased my faith in God even more.

A .C Lenak was born in Springfield, MO in 1932 and received a B. S. Degree in Chemistry from Southwest Missouri State University. Lenak has researched a large number of ancient books and manuscripts that shed much more light on the characters and brings the Bible much closer in understanding what God’s plan was for mankind.