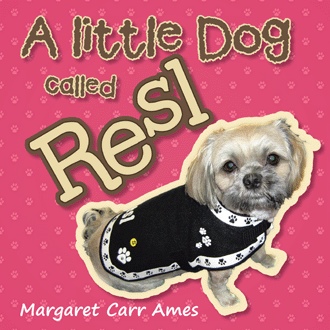 When I saw Resl for the first time, I knew she was for us. Tom and I had moved to Cootamara about four years before. When we lived in Sydney we had owned a beautiful cat called Peppi. Just before we started making plans to sell up and go up north such a long way, Peppi had been put down, because he was suffering from an advanced form of cancer. We had loved him and cared for him all his life,but the move would have been impossible for him for more than one reason.

I do hope that my readers will enjoy reading about little Resl. She has helped to keep us alive and going, to grow older than we’d like to be.

Born in March 1932 Margaret Carr was told by her teacher that she ought to write books. She is indeed hoping, that this one attempt will result in more serious writings following, since we all need some encourgement.

Her most important job was to bring up her two children whose father died when they were very young. She decided to stay at home , espcially to be home for them when they came home from school. As far as as she knows they have never taking drugs or even drank much alcohol when they were young. They too are now in their early fifties. This is her first book; it’s only small but there will be more to come.