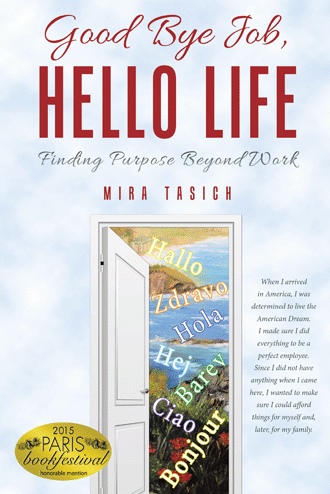 Caught by surprise, I listened in shock as my grandfather made the announcement: “It’s time for you to go.” He was holding a letter from my mother. My mind went blank.

Then, suddenly questions rushed out of my mouth: “Go? Where? Why? How could I leave you?” I stared down at the badly worn linoleum floor, waiting for answers.

“We are old and uneducated – we can’t help you with anything,” explained my grandfather. “And your mother wants you with her now.”

I felt as though I was standing on the edge of a precipice. Ready to burst into tears, I could not say a word. I never expected a day would come when my paternal grandparents who had raised me from eight months old would tell me I had to move to the United States to join my mother. As I glanced at the frail-looking 60-year-old man with his veiled strengths wearing worn out mismatched clothes and his flat cap that only came off when grandmother insisted on washing it, I felt like throwing up. Then, I looked at my grandmother, anticipating her coming to my rescue. She never turned her head to look into my eyes filled with pain and panic. I knew she was just trying to remain composed. My grandmother, a chubby woman in her 50’s, remained silent as she prepared a meal at the stove behind grandfather. Those two were as different as day and night in every aspect of their character and they never showed affection towards each other. I often wondered if they even liked each other. But they did their best with me. When I finally managed to say something, only a few words came out: “I don’t want to leave you.” I knew that no matter what I said was pointless. The decision was firm.

My home lacked all urbane comforts, but was always full of warmth and love. I was used to this dwelling that my grandmother kept spotless. This small one room in an aging apartment building with damp walls on the ground level was all I knew. Two beds, a table and a stove were all crammed in a space smaller than the average American family room. A colorful woven rug graced the middle of the floor. The small entrance was jammed with armoires and cabinets serving as storage. The toilets were outside. We were among those left behind while the government built high rises with brand new apartments all around us. My grandfather was on the multi-year long list for a modern apartment, but no one knew when that was going to happen. Everything about my life was old – an old building with chipped paint, old, mismatched furniture, and old neighbors. (…)

The time with my grandparents was drawing to an end, and I was about to encounter my first rollercoaster even though the only amusement ride I had ever experienced was a mechanical pony in the local park. I found that saying good-bye to everyone was one of the most difficult things I had to do, even though they all tried to be brave and not show their true emotions.

I wondered how in the world I was going to find the strength to leave everything that mattered to me behind, especially my best friend and grandparents. When I first heard the news that I would be plucked from the comforts of home, all I could feel was anger, sadness, and panic. Then, for a second, I also felt a trace of curiosity. As the days of departure neared, I never felt excitement as I headed into the unknown adventure. I was not raised to think that being adventurous was a good thing. The best example was my father who was an adventurer and his parents continually condemned him for that. (…)

My pleading and coaxing with my grandparents did not help. I gave my clothes away to my friends, so I stood there with hardly any belongings. I delayed my departure as the taxi kept beeping. My grandfather just stood by the door and attempted to smile, revealing his missing teeth. But then I realized as he waved good-bye that he had tears in his eyes. I never saw him cry prior to that point. My grandma trailed behind me all the way to the taxicab, holding on to every last second with me. I wanted to tell her that I loved her and to apologize for everything I ever did to make her angry. But I could not. With restrained words that only choked me, I just waved silently, hoping that she knew how much she meant to me. (…)

Even on the way to the airport, I still yearned for a miracle that would cancel my move. Once I passed the checkpoints (my point of no return), I decided to act like a normal, traveling passenger and not a desperate, fear stricken one. Appearing unaffected by the world was my way of shielding or protecting myself from outsiders. I never liked to attract attention to myself, and at the airport, alone and with a ticket to a distant destination; I drew inward as much as I could. I decided to hide behind a magazine and sunglasses, but first I needed to use the rest room. (…)

There was so much talent and creativity around my life; yet, the artist in me was asleep, and it unexpectedly started waking, but then went back to sleep. Annually, Kmart sponsored an employee art show, a fun competition, so I decided to enter it. In high school I had taken an oil painting class and the instructor told me that I had ‘potential.’ I felt on top of the Kmart world when I won a Merit Award for one of my paintings even though the competition included graphic designers from the advertising department.

Sincerely and candidly, Mira Tasich writes of her personal rollercoaster journey from fear and self-doubt to power and rejuvenation. Goodbye Job, Hello Life never lectures readers but offers them lessons on how to re-invent and discover their hidden powers.

Mira Tasich rediscovered her latent talents as writer and painter after a successful business career. She nourished her creativity by slowing the pace of her life and seeking solace in nature and Zen-like spaces. Her memoir, Good Bye Job, Hello Life, is inspirational. Mira lives in Arizona with her husband.