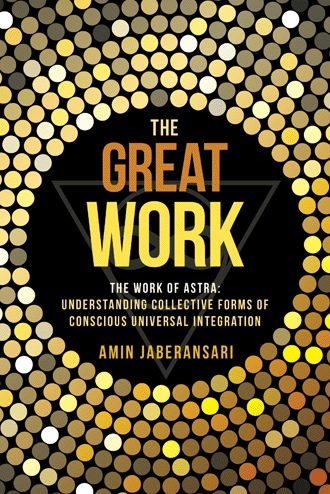 Technology, and the Application of Geometry.

Now when one thinks about the future, we understand it as vaster consciousness streams, that are being expressed infinitely now, and that we must learn to perceive through both the left and right side, and how they work in unison.

As our expressions, shift into collective forms of expression and understanding of our vaster nature, we then allow, many infinite technologies to appear. See many, for now, believe that their expression is separate form the earth they are on, and the ground they lay in. However, as ones understanding of self shifts, and one realizes that they are infinite expression as part of the vaster universe. Then the users of technology, begin to shift, and so we begin to work with technological advancements that allow infinite expression to stand. See technology for now, is not conscious of the space it is in, for many of our scientists cannot perceive from their accepted reference points, that if we hold a different sense of expression, our whole world will change.

And so as we begin to perceive ourselves, as a vaster universal expression, one of the first things we may realize that, Nature and the physical universe is all part of that expression, and so our technologies begin learning from nature, rather than trying to understand it from smaller triangles.

For as we observe our triangles, then we are simultaneously observing the inner circle, that reflects the outer circler. Keep in mind, that the nature that is being expressed, holds your nature as well, and so, we will begin to work with the Earth rather than against it. Which never made sense, only from limited reference points that create a sense of scarcity.

One of the first advancements one may see in our technology, as ideas of this work are embraced, will be the creation of conscious machinery, that connects with nature infinitely, and so we begin to see machines connected to trees, that understand the infinite expression, and vaster consciousness stream that this Earth is a part of.

As we begin allowing ourselves to be seen, as universal expression, then we may begin discovering ourselves anew, and so a great boost, in medical technology shall come forth, from Nature. Parts of the planet will, be aware, where many terminally ill patients will go to, and allow themselves to be healed by vaster consciousness streams.

We will no longer use guns, for we will realize, they are figments of our imagination, when we are infinite beings, however, we will begin understanding more protective measures in the world of form, by listening to the Earth. And so, weapons no longer become crucial in contact, but the space where you stand turns more significant.

Now, as we collectively begin to understand ourselves, then we will allow ourselves to express more creations from vaster spaces. And literally, Space is meant. For when one realizes their connection with all that exists, then one becomes a universal creator, and no longer requires infinite reference points. Infinite ideas, concepts and inventions will come forth, and many breakthroughs will begin to be expressed. We will become conscious not only of our inventions, but on how the Earth is a universal creator as well. And so planetary consciousness becomes more of an interest for the people.

Many of these infinite ideas, shall be received by the children of future generations, for each child that enters this world, will receive newer reference points and so, will receive more than the generation before. We will discover ourselves as infinite beings, and so reincarnation, becomes a conscious process, where each being comes in to use his reference points, and bring forth its highest expression.

We will create machinery that hears the Heartbeat of the Earth, and so alongside nature, we create terminals, in which higher consciousness may express itself co-creatively, through considered presence, and we will bridge the gap between the veils.

And so we will no longer be just co-creators like individuals working with one another in physical form, but co-creators similar to how drops merge to bring forth the flow of the Stream. Rivers of expression will come forth, and each person, may hold within them the inspiration of millions of angles of perception.

And so, as we selectively, begin to understand our expression, we then allow ourselves to become aware of a vaster nature, in which our reference points of ME, OTHERS, and GOD (ALL THAT IS) is forever expanding.

And above all, as we begin working with ourselves collectively, we begin to see ourselves as a bigger ONE, in each higher reflection. And we will no longer feel our expression is alone.

Our history will no longer be perceived as just duplication from certain reference points, but we will be reliving it. We will become creators, who create through perceptions that hold with them, connections and streams from all across the universe.

Do not forget, contact, is not done, from only your current reference point. Contact is done and felt, though the mergence of perception, with higher energy patterns and vaster consciousness streams.

By allowing ourselves to receive from Nature, we will in essence be allowing our eyes, to shift so that we may let what we perceive as extraterrestrial forms from our held reference points, to manifest with the shaping of our eyes to perceive a much vaster sense of expression.

The Great Work brings in a new understanding of consciousness recognized through geometric relationships that are infinite in nature. As Astra’s communication is felt and grasped, a new sense of knowing and outlook on the universe is introduced to the reader. Astra’s inspiration is to bring us to a level of awareness where we are capable of communicating and acknowledging the higher consciousness within celestial bodies such as asteroids and embracing a new approach toward conscious universal integration. This book is a collection of written material, teachings, and transcribed recordings intuitively channeled (streamed) by the writer. The Great Work is written to allow the reader to find their greatest work through self-transformation and provides a new perspective on spirituality and the universe.

“May you be the love, that one day welcomes asteroids into this life, just like joyous children.” —Astra