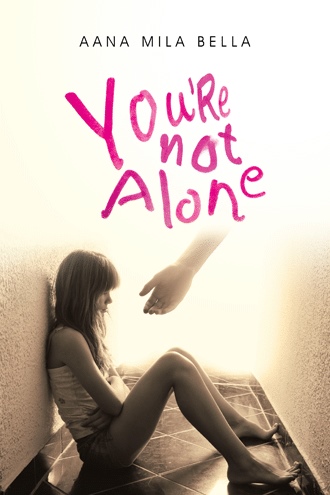 It was not much water running through but it was quiet wet and muddy so mum and I got inside this tiny round pipe.

I could hear his steps more and more as he was getting closer to the little bridge. His touch was throwing lights all over the place. You could hear him saying: I will kill you you two bitches! He was swearing, he was angry. My worst nightmare at this moment was to be found. As he was walking he stood on the top of the bridge to look around. For a few second i think I died and got resurrected. Being so scared I wanted to scream and did not care what would happen.

He kept walking and I felt bit of relief. As he stopped calling me we lost truck of where he was.

Author Aana Mila Bella grew up in a small Bosnian village surrounded with green forest, rolling hills, meadows, mountains, and lots of fresh air. She felt freedom, and everything seemed to be perfect. But when she turned six years old, Aana’s life became a living hell. In You are Not Alone, she tells her life story against the backdrop of continual sexual abuse from her father.

In this memoir, she narrates how she endured her father’s abuse until she was almost eighteen years old, how she was robbed of her childhood, how she prayed for someone to help her, and how she wished many times that she could die. She suffered from depression and anxiety. But after attending a Jehovah’s Witness Congress, Aana focused on keeping her thoughts happy and positive in her everyday life.

You are Not Alone narrates how Aana found the perseverance to survive both the repeated abuse and five years of war in her country. It tells how she overcame a host of challenges through her relationship with the heavenly Father.

Aana Mila Bella was born in Loznica, a small city in Serbia. She endured years of abuse at the hands of her father. Married, Bella now lives in Melbourne, Australia, and has a daughter.