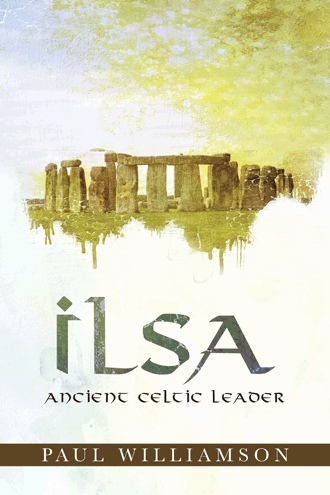 could feel the lightness dimming and narrowing my vision. My friends were there; they were still there. Some of them were coming with me. We were going to that earthly place, a hard place, but a world with great promise, where we could accomplish such a lot. I wanted to move forward; I wanted to do this, and accomplish all my goals. I felt eager and full of purpose, and yet, I also felt the pain and the restriction, and as I approached closer, there was also that cold energy of fear. It had been such a long while since I had felt it, and I still did not like it. I shivered inside. These feelings made me want to contract and withdraw, but I couldn’t do that, not now. The emotional whirlpools around me swirled as I sank deeper and deeper into that darkened compacted world. It felt so dark, and yet, inside my chest, there was still that faint slither of light, and I could discern the thread of it extending upwards, going way up to that beautiful homeland from where I had come. This world where I was placing myself was so much more dark, but it was the lightness in that thread that I needed to bring with me, and pull it down into this dark world, pull it as much as I could, until this new world glowed with more happiness and home feelings. Then I could feel satisfied that I had done my job.

I felt a strange whoosh, and I was further trapped, less able to move, and I could feel the strange whirring of emotions of the being enclosing me. Yes, I was loved, and I was wanted – I could feel that. But so many other concerns were flowing by me, and I knew that many of these thoughts and feelings were not part of me, and were distractive from what I was coming to do. With effort, I prayed, and I asked to be still. If I was going to succeed, I would have to be very strong, I would need to listen within very closely, and I would need to be exceedingly brave, to follow my instinct at all times, and I would need to state my truth with passion, so that others would listen to me.

Very soon, it would be time for me to enter this world. I was ready, as ready as I would ever be. It was not a moment to hesitate. I knew that in this body, I would be the first; I would go in front of the others. Action would be easy for me; it was wisdom that I would need, and gentleness, so I would not overwhelm the others with my strength. My time to do this was now. I could feel the pulling was beginning. This did hurt, but I would push my way forward. I would not take long. Just a while longer to the opening and I would be there.

Ilsa is a passionate woman. Her life is a story of adventure, bravery, compassion, learning, leadership, triumph, and loss. She is a soul on a journey, learning many lessons as well as she can, living in an ancient Celtic world. The society where she lives is ruled by a spiritual government that espouses strong green values and respect for Mother Earth in all its forms; it is a place where people strive for peace and harmony in their lives. It is a very different world from the modern, high tech, and materialistic culture in which we inhabit today. However, even though this story is set in the more primitive past, there are many values in the lifestyle Ilsa and her friends live which could be applicable to our life today and could help us to move forward to a better future. All is not well in the land. There are threats of war and invasion, and Ilsa is confronted with personal struggles with some of those closest to her. Ilsa would wish to make everything right with everyone she meets, and she tries her utmost to do this. But sometimes, even the strongest and most determined souls meet limits to what they are able to do, and the lesson for her is about acceptance and letting go. However, Ilsa is not one to surrender, and her own fierce nature leads her on when, for others, all would seem lost. It is with this passion that she finally finds peace in this moving tale.

Paul was born and brought up in Australia, spending time in Bathurst, Broken Hill, and Sydney. From an early age, he was very attracted to alternative lifestyles and religion. In his twenties, Paul left Australia, travelled through Europe, and spent four-and-a-half years living at NewBold House, within the Findhorn Foundation in Scotland. In 1988, Paul trained in Past Life Therapy and Hypnotherapy, and has since studied with Dr. Roger Woolger and the Newton Institute. Presently, Paul travels between the UK and Australia with his work. He has been married twice and has four lovely children. The inspiration for this book has come from a past-life regression that Paul had for himself. This is the sixth book that he has had published. Paul can be contacted via his web site at www.soulhypnotherapy.com.